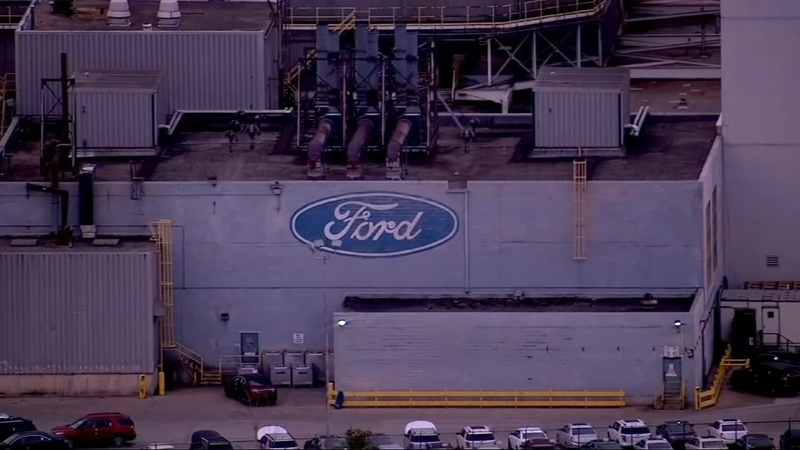 CHICAGO (WLS) -- As Ford re-rolls out a high-end, 21st-century edition of its cult-classic Bronco, the automaker's Chicago assembly line has ground to a halt.

"That's something that really is out of our control," said Arthur Davis, Ford plant employee.

Ford first paused production at its southeast side plant on April 12.

"We were expecting one week," Davis said. "We just did it, doing it again. But two to three weeks, it's going to affect a lot of people."

The company now says the plant will stay shuttered through at least May 14 due to a supply chain backlog, a ripple effect leftover from the worst of the COVID-19 pandemic.

"When the pandemic first started, automakers scaled down their plants and some shut down production," explained Mark Belik, director of communications for the Chicago Automobile Trade Association. "As a result, the chip manufacturers switched over to building chips for phone and computers and laptops, things like that."

Chicago Ford employees, who already sat out a pandemic shutdown in 2020, are now again temporarily out of work until more chips are available to restart production. Until then, more than 5,000 people aren't getting a paycheck.

"It's anger. It's not like you can just pick up and go get another job," Davis said. "Some of us have something put up for a rainy day and some of us don't. Some of us do live paycheck to paycheck."