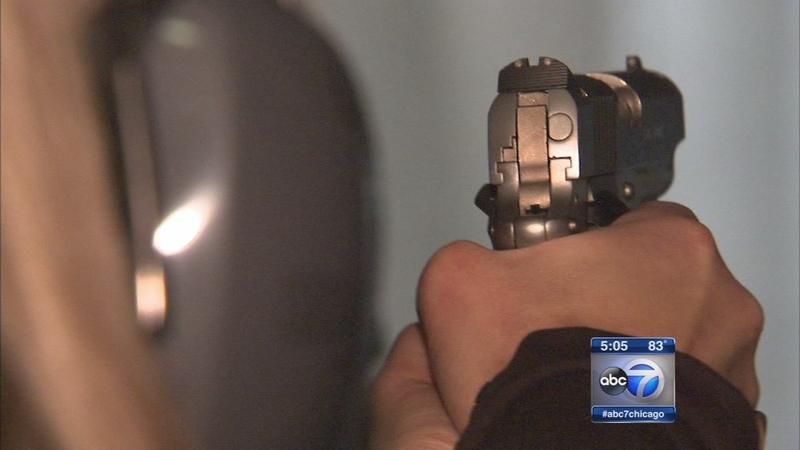 CHICAGO (WLS) -- Chicago Mayor Rahm Emanuel's Office will propose a new ordinance to restrict the legal sale of guns in Chicago after a ban on stores was found unconstitutional.

It's been more than three decades since stores could legally sell handguns in Chicago. But now the handgun ban is gone and concealed carry is the law.

Federal court has said Chicago must again permit stores to sell handguns to those who meet legal requirements. While not happy with that, the mayor has a plan that he intends to roll out to Chicago City Council Wednesday.

The city lost its bid to keep retail gun sales beyond its borders. So now, the Emanuel administration is proposing an ordinance that would so tightly restrict stores selling guns that more than 95-percent of the city would be off-limits to the stores.

"We're gonna do it in a smart, tough and enforceable way to prevent illegal guns in the city of Chicago," Mayor Emanuel said at a police awards ceremony on Tuesday.

The mayor didn't outline many specifics, and his office released some bullet points in draft form, but many of them are geared to lessoning straw purchases in which the legally purchased gun ends up in the hands of someone else, as in the shooting death of Endia Martin, 14.

One provision of the proposed ordinance would require that anyone buying a gun would be recorded on video at the point of sale, and that the tape would become part of legal record.

"Those folks would think twice before buying guns for someone else and then trying to sell it to people on the street," Alderman Walter Burnett said.

That's the intent, but gun rights groups say videotaping raises privacy and constitutional issues, that they'll likely challenge. That begs the constant question: can the ordinance withstand a legal fight?

"I would just caution the administration that we tried all these things under a former administration, only to be shot down by the Supreme Court and it cost the citizens of Chicago millions and at the end we were left with nothing," Alderman Howard Brookins, 21st Ward, said.

While Chicago has lost many gun control initiatives, the Supreme Court made clear that cities and states can still write reasonable restrictions.

Gun rights groups are reserving comment until they see the full ordinance, though it is a reasonable bet that the legal battle will continue.

To underscore the problem with straw buys, the city released a report showing that 40-percent of the guns involved in crimes from 2009 to last year were legally purchased in Illinois. So those guns were purchased correctly, but ended up in the wrong hands.