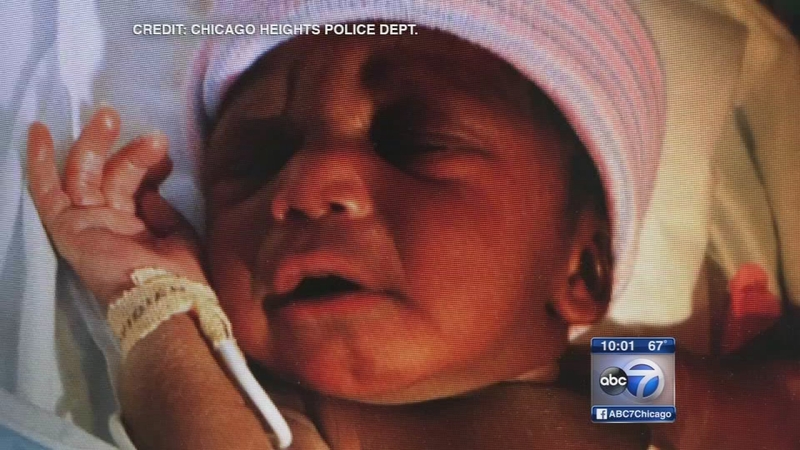 At 10:56 a.m., the Chicago Heights Police Department received a 911 call from a caller that said an unattended newborn infant had been found lying in the grass in an open field.

The newborn, who was conscious, was taken to St. James Hospital in Chicago Heights.

The infant received treatment and was in stable condition. Medical staff say she was born approximately two to three hours prior to being found.

James Turner said he never walks anywhere; he has three cars, he never has to. But Tuesday morning none of his cars were working and he was forced to walk to a bus stop. To get to the stop he had to walk down a muddy path through a field, where he stumbled upon the newborn.

"It was, like, destined for me to walk through that field. God pointed me in that direction, I'm sure," Turner said.

He said the girl was silently moving in the brush.

"She had nothing on her, she was naked, a little blood on her, umbilical cord seemed fresh," he said.

For Turner, a father himself, instinct took over.

"I immediately grabbed my phone. Immediately dialed 911," he said.

Chicago Heights police are seeking the mother, who they said may need medical care, and have a message for her.

"A lot of times in these situations the mother is scared. There's the Safe Haven Law, a mother can bring a baby to a fire station, a police department, a hospital and there's no questions asked," said Chief Tom Rogers, Chicago Heights Police Department.