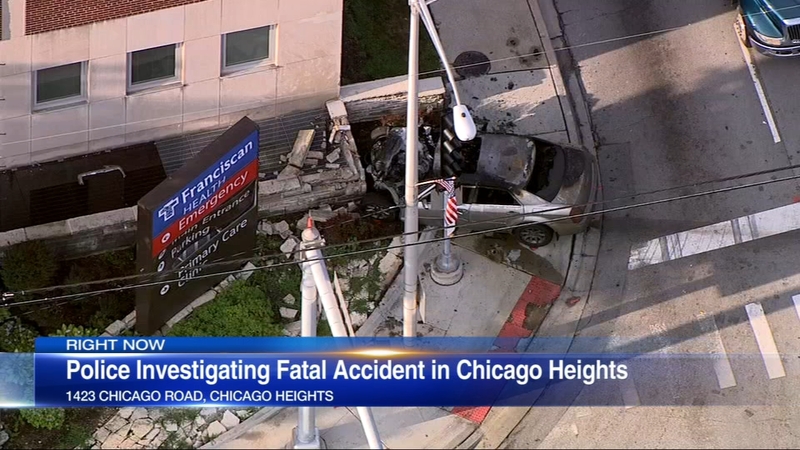 CHICAGO HEIGHTS, Ill. (WLS) -- One person was killed and another injured in a crash in south suburban Chicago Heights Monday morning.

Debris from the crash was scattered for more than 100 yards down Lincoln Highway near Chicago Road.

Police said the crash occurred at about 4 a.m. when a Chrysler rear-ended another vehicle. The Chrysler careened onto the sidewalk at Franciscan St. James Hospital.

Both cars burst into flames and left clothing and broken parts in the street.

One person was killed and another person was transported to Stroger Hospital, police said. The condition of the injured person was not immediately known.

Accident investigators spend the morning reconstructing the scene while police closed the roads around the crash for hours.