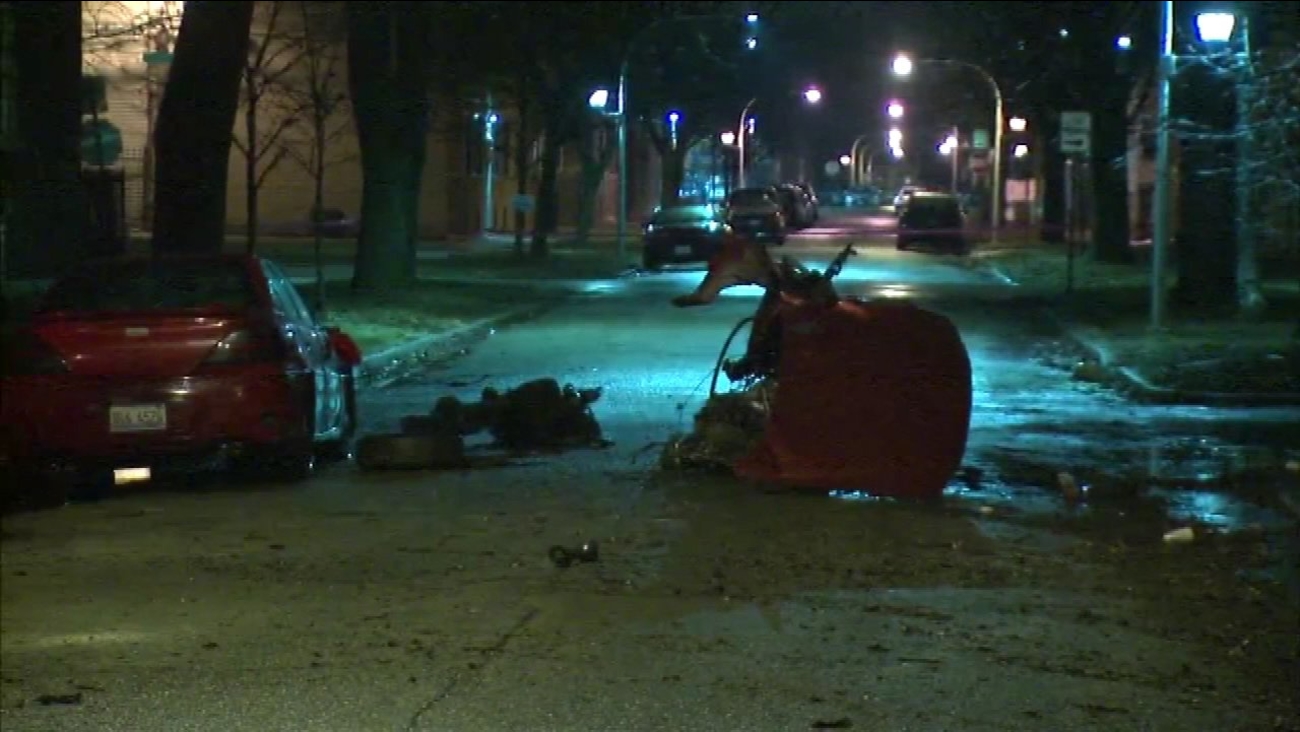 Fire officials said all four were injured in a single-car crash near West 66th Street and South Maplewood Avenue. The victims were taken to Christ hospital for treatment.