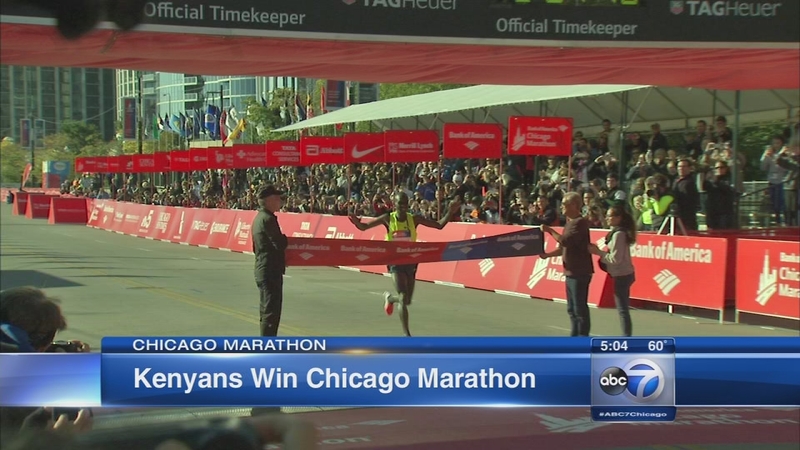 CHICAGO (WLS) -- A million people were out to cheer on family and friends running in the 37th Bank of America Chicago Marathon race Sunday and perfect weather greeted the 45,000 runners who took to the 26.2-mile course.

Eliud Kipchoge and Rita Jeptoo, both of Kenya, as well as wheelchair athletes Tatyana McFadden and Joshua George were this year's winners of the Chicago Marathon, considered one of the premier running events in the world and it was a picture perfect day to tackle 26.2 miles. 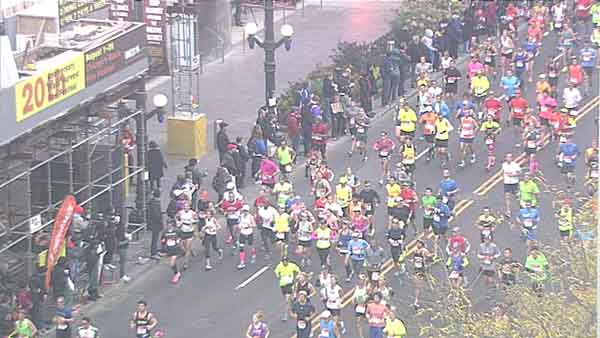 PHOTOS: Chicago Marathon runners, spectators gather for race
Running 26.2 miles is an epic test of endurance for most people, but 45,000 hardy souls are up for the challenge as we enter the 37th annual Chicago Marathon.

"I live in the Illinois area now for medical school and I volunteered at it last year," said runner Kate Baillon. "It just got me really inspired and so I wanted to run it this year."

Any runner will tell you this race takes sacrifice, discipline and commitment, something defending first place female winner Rita Jeptoo knows all too well.

"I was so happy when I was running," she said. "I was having fun in the road and I'm happy to run here."

There were tough moments for some, as two male runners went into cardiac arrest during the race. A 29-year-old man is recovering at Illinois Masonic Hospital, and a 59- year-old is in critical condition at Mercy Hospital.

It worked, once again.

"Enhancements that we had in 2013 that were in place last year worked this year," said Executive Race Director Carey Pinkowski. "The screening we had entering the park, the clear plastic gear check, ticketed access to finish line worked really well."

Runners, many new to Chicago, weaved through 29 neighborhoods, including Pilsen and Chinatown and that left an impression on first place winner Eliud Kipchoge.

"To enjoy the streets on Chicago you need to smile for all these people you need a big smile," he said.

After some post-race stretching and celebrations, runners now get much earned recovery time.

Then, they can think about next year. 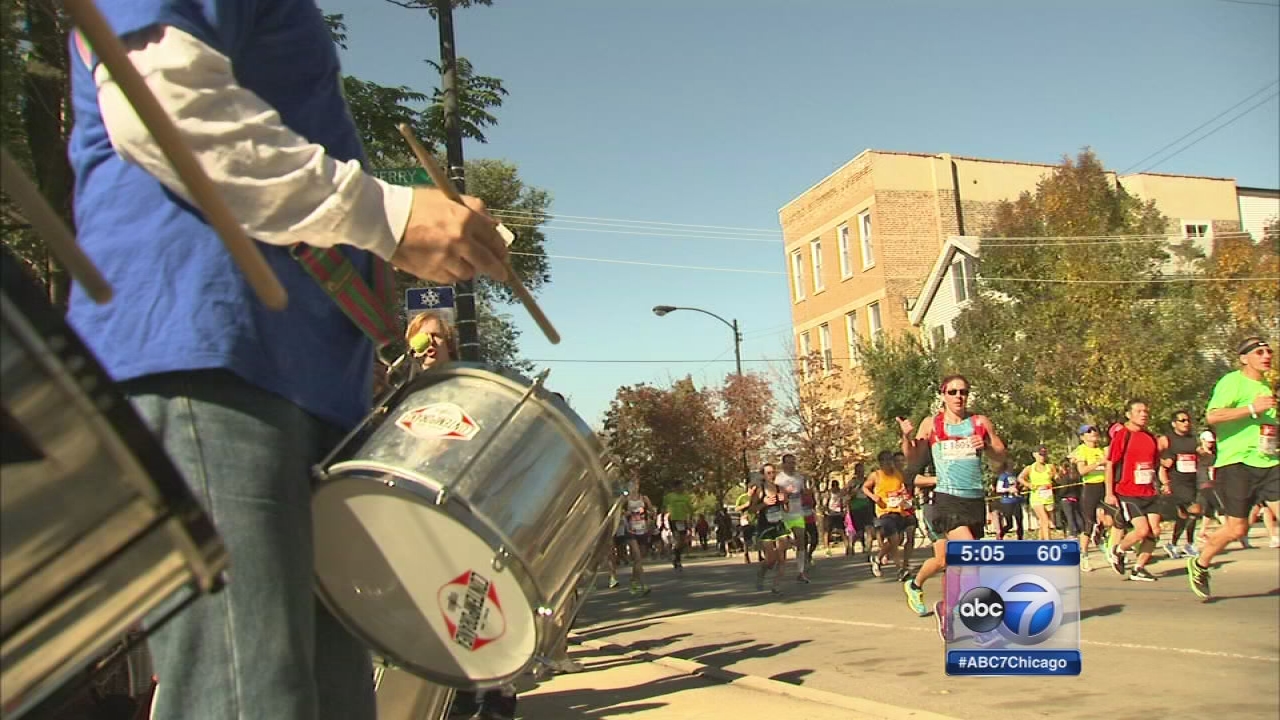 The Chicago Marathon moves to a distinct beat in the city's Pilsen neighborhood as enthusiastic residents cheer on runners.

The area is one of city's 29 unique neighborhoods traversed by the 26.2-mile course. One group of ladies arrived early Sunday morning to set up a goodie table for their running buddies.

"We've got things for carbs, as far as the cheeses. They need the sugar, the gummy bears, the nuts, the protein," said Danielle Lee.

This year, marathon participants passed through Pilsen, where drumming group Bateria Quilombola comes every year to play for marathoners.

"We love to see the people smiling and getting a new boost until the end," said Nomei Kopp-Tanaka.

As the field makes its way back east, runners are about three-fourths done with the route by the time they get here.

"It's beautiful. I used to run New York and it is a good. I love it," said runner Philippe LaBaune.

Megan O'Sullivan and her friends chose this spot to cheer on her husband, who was running to raise money for charity. 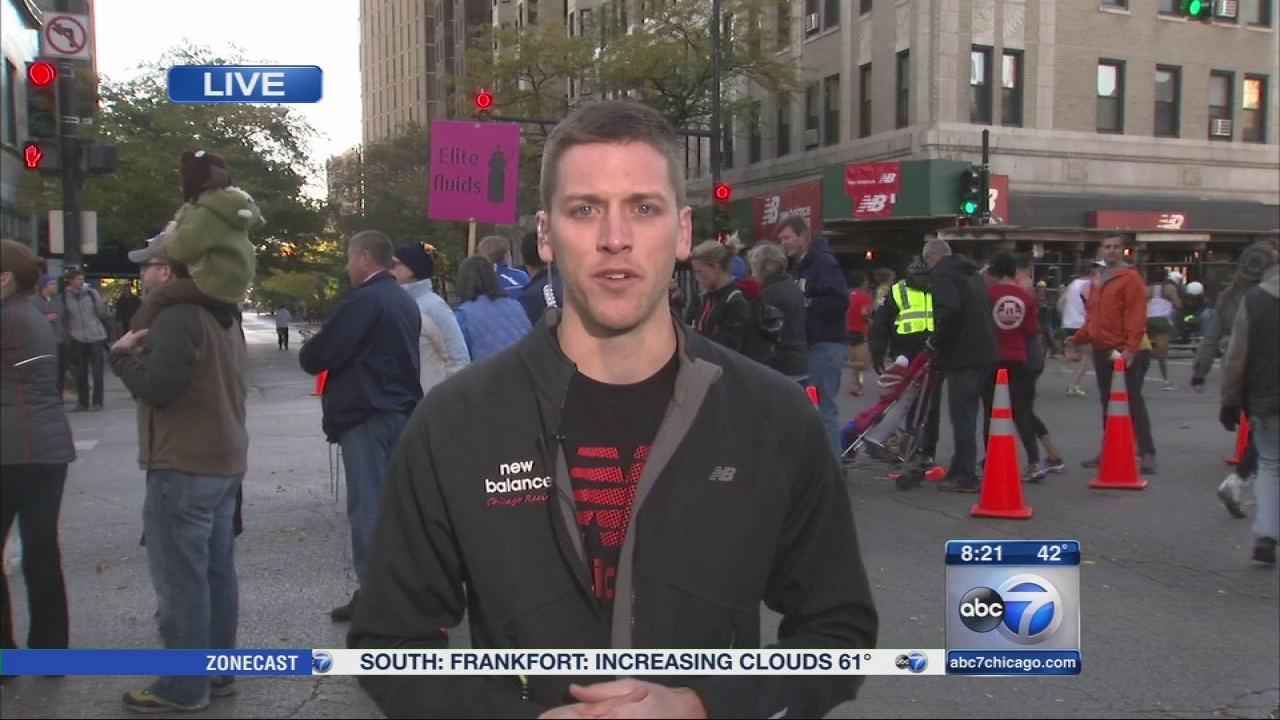 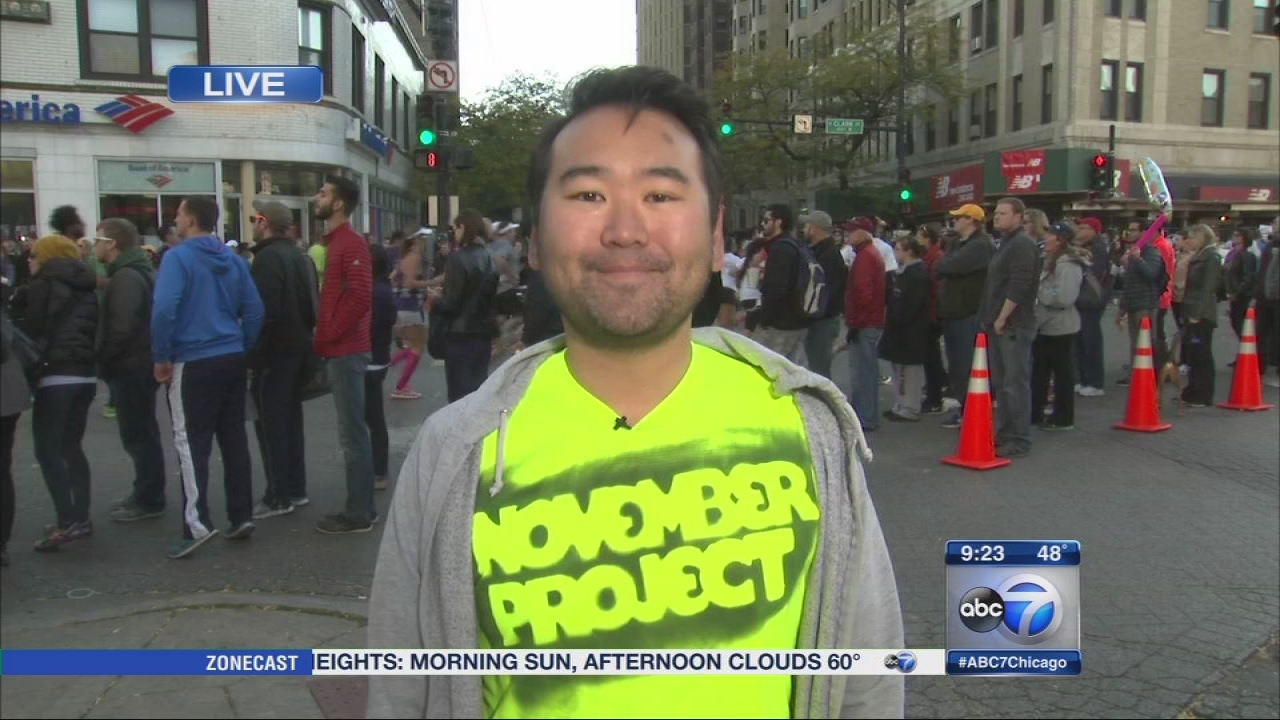