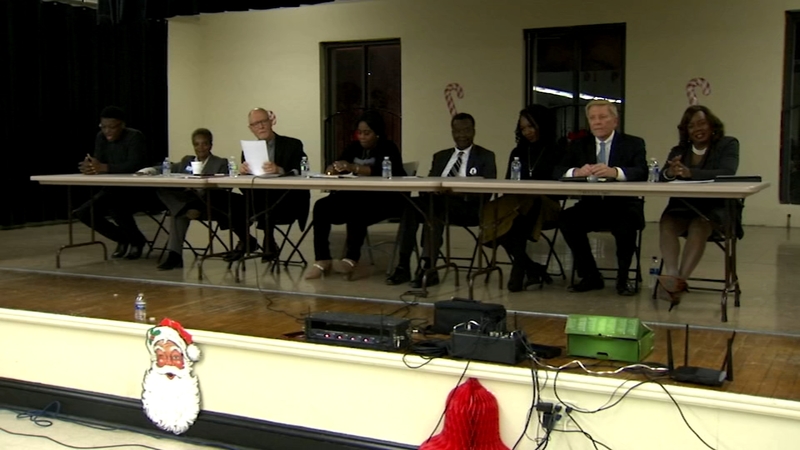 Conrein Hykes Clark, Richard Mayers and Sandra Mallory are officially off the ballot, according to the Chicago Board of Elections. Clark and Mayers did not meet the minimum requirement of 12,500 signatures and Mallory's petition sheets were submitted incorrectly, a spokesperson said.

Clark is an 87-year-old Roseland resident who volunteers at a Chinatown elementary school where they call her "Grandma Clark."

Mayers, a Clearing resident, has also filed to run for city clerk, city treasurer and alderman of the 23rd Ward.

Mallory, who lives in West Englewood, is a former local school council president and high school basketball and soccer coach who has worked as a security officer for Chicago Public Schools.

Catherine Brown D'Tycoon, another lesser-known candidate, hopes to stay in the race by calling on fellow candidates Toni Preckwinkle and Dorothy Brown to drop their petition challenges against her.

"Allow the city of Chicago, the people in the city, to make a decision," she said.

D'Tycoon is a vulnerable candidate, having raised no money and not having retained a lawyer to help her face petition challenges.

The field is full of minority candidates all competing for the same vote. In an attempt to narrow the field, Preckwinkle has only challenged other women of color running for the office.

"She wants all the women of color that she can get off the ballot. Fewer people that she's got to run against," said ABC7 political analyst Laura Washington.

Many donors are holding their purse strings until the field shakes out. So far, more than $11.5 million has been raised in the mayoral race. Bill Daley leads the pack in terms of fundraising, with more than $3.2 million, almost twice as much as Preckwinkle. While Preckwinkle's supporters come from labor, Daley's donations come from corporate and banking interests.