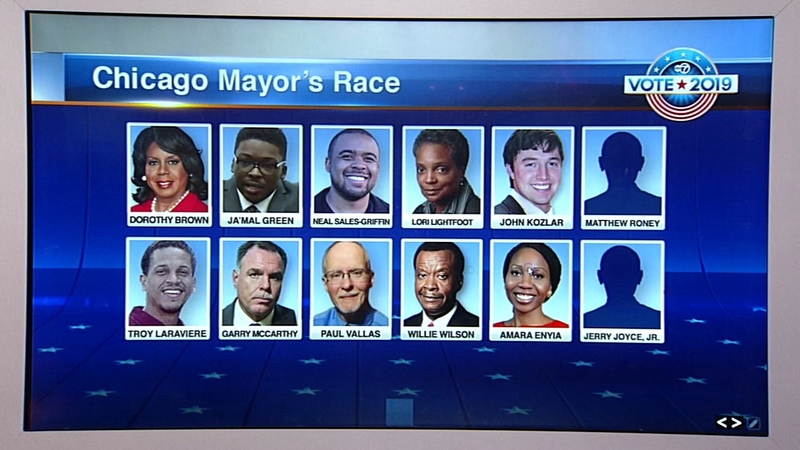 CHICAGO (WLS) -- Chicago Mayor Rahm Emanuel will not seek re-election, leaving a still-crowded field who are hoping to take the helm of the city.

The election is Feb. 26, 2019 and candidates can't file their paperwork with the Chicago Board of Elections until Nov. 19. The deadline to gather the required 12,500 signatures to run is Nov. 26 - just three weeks after the November elections.

However, potential candidates have been throwing their hats in the ring for months.

Several well-known names in Emanuel's political circle are being talked about as possible candidates.

After the announcement, at least two progressive aldermen said they are not ruling out a run, including Ald. Ricardo Munoz (22nd Ward) and Ald. Ameya Pawar (47th Ward).

The big question is who will benefit from big money that would have gone to Emanuel?

"I think most people want to wait and see the smoke clear, and when it clears who remains interested," said Ald. Ed Burke, chairman of City Council's Finance Committee.

So far, people who have said they will run include:

Dorothy Brown
Clerk of the Circuit Court of Cook County

Several names are being tossed around to replace Chicago Mayor Rahm Emanuel.

A day after Emanuel's announcement, speculation continued about yet-to-declare candidates.

On Wednesday, Illinois Comptroller Susana Mendoza jokingly asked a crowd at a City Club event whether they had any ideas for the next mayor of Chicago. She said her ideas for Chicago's next mayor should wait until after the November election.

"Having the moral temperament or the toughness, the character, those are things that I have certainly have for any position I run for, right now I'm running for Illinois comptroller," said Mendoza.

Mendoza says she is fielding many calls about getting into the mayoral race, but for the next 62 days she is focused on getting re-elected as comptroller.

Mayor Emanuel reflects on decision to not seek re-election while speculation continues about yet-to-declare candidates.

ABC7 political analyst Laura Washington said, at this stage, the person must be a known quantity. "You have to have a highly visible name and a highly recognized political track record," said Washington.

On Wednesday, Madigan said she is not interested. "The city has a lot of challenges it is facing and I look forward to helping the city move through those challenges, but I plan on doing that as a resident of Chicago, not as the mayor, not as a candidate for Mayor," said Madigan.

"Based on the calls I've been getting from a lot of people who would be supporters financial and other wise, I feel encouraged," said Chico, who is strongly considering a run. Right now, there are no Latino candidates in the mayoral race.

Many of the declared candidates have focused their campaigns on attacking incumbent Emanuel, but now will have to change their strategy without Emanuel as a target.

"It changes the campaign, it makes it easier for people who are afraid of the bullying politics of City Hall to come forward and say, 'We are supporting you,'" he said.

McCarthy said he would not be surprised if deals are being cut at City Hall for an Emanuel-backed candidate.

"Is there another shoe that is going to drop here?" said McCarthy.

However, Lori Lightfoot said the news doesn't change her campaign.

"With the incumbent being out, there is going to a lot of conversations, I'm still going to be talking about what I've been talking about for the past four months," said Lightfoot, a former president of the Chicago Police Board.

Candidate Paul Vallas, a former CEO of Chicago Public Schools, is vying for another tour of city public service.

"The public remembers me as someone who was always concerned about every neighborhood, every community, particularly those communities that had long been neglected," Vallas said.

"Much of the credit after the announcement goes to the activists and organizers who hit the pavement after the Laquan McDonald video," Green said.

Lightfoot and Vallas had harsh words for candidates who plan to jump into the race now.