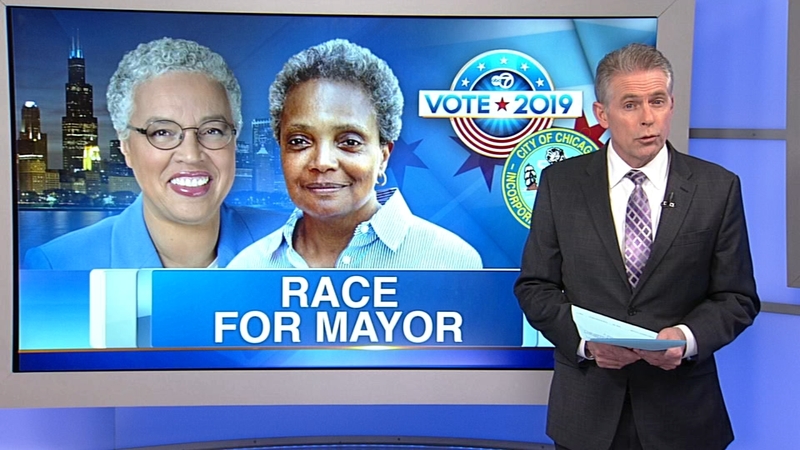 CHICAGO (WLS) -- As the candidates for Chicago mayor gear up for a series of debates in the next few weeks, it's becoming clear that the competing messages will be experience versus change.

Toni Preckwinkle tapped a pair of veteran politicians for endorsements on Wednesday. Endorsements not only send a message to voters, but to other politicians and organizations who are waiting in the wings to make a decision about which candidate to back.

"We need someone who's going to run the city of Chicago who has experience," White said.

Burnett touted Preckwinkle as the one who is ready to handle the issues facing Chicago.

But it's Burnett and White's status as party elders that is providing Lori Lightfoot with fodder for her campaign about the need for change.

"Toni Preckwinkle is the epitome of those entrenched political interests, so it's not surprising to me that she is seeking people who she has worked with the for decades," Lightfoot said.

Lightfoot announced an endorsement from the Latino Leadership Council on Wednesday, which includes Congressman Chuy Garcia. His office said he will make his own endorsement after meeting with Lightfoot and Preckwinkle this weekend. Lightfoot downplayed a recent poll that showed her leading Preckwinkle 58 percent to 30 percent, with 12 percent undecided.

"I don't take anything for granted. We are the underdog, we are running to change a system that the status quo is very powerful," Lightfoot said.

Preckwinkle meanwhile cited access to health care and criminal justice reform as examples of her record of change.

"You can talk about change all you want. It's hard work to actually do it, and that's what I've done," Preckwinkle said.

Lightfoot said the upcoming debates will allow voters to see there are clear differences between the candidates. The first one is Thursday night. ABC7 will be hosting one on March 20.