Chicago Mayor Race: Candidates rally supporters to get out the vote 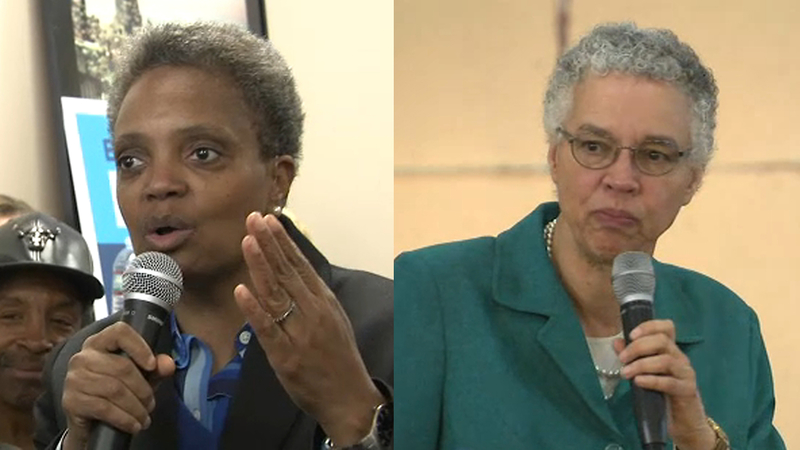 Chicago mayoral candidates rally supporters to get out the vote

CHICAGO (WLS) -- With Election Day just two days away, Chicago mayoral candidates Lori Lightfoot and Toni Preckwinkle made rallied their supporters to get out the vote.

Preckwinkle held a rally at a West Side church with Congressman Danny Davis, D-Chicago and other elected officials -- one of many of her stops on Sunday.

Earlier, she and Secretary of State Jesse White did a whirlwind tour of ten churches on the South and West sides, talking up Preckwinkle's political experience.

"We want to make sure we have the best and the brightest and the sharpest knife in the drawer, we want someone who has impeccable credentials," White said.

"You know we work hard to have a strong ground game contacting voters hearing what's on their mind and as I said, sharing my vision for the city and we're going to be going back to those folks over the weekend and Monday and Tuesday to be sure that they come out and vote," Preckwinkle said.

At her South Side Field office, Lightfoot told supporters: "I need you from now until the polls close on Tuesday night, do not rest, keep your foot on the gas."

Lightfoot visited two churches Sunday morning, preaching the importance getting her supporters to vote and not be complacent.

Lightfoot and Preckwinkle downplayed polls that suggest that Lightfoot has a big lead. Preckwinkle said she believes the race will be closer than people think.