Chicago mayor's emotional plea after shootings: 'We are a better city' 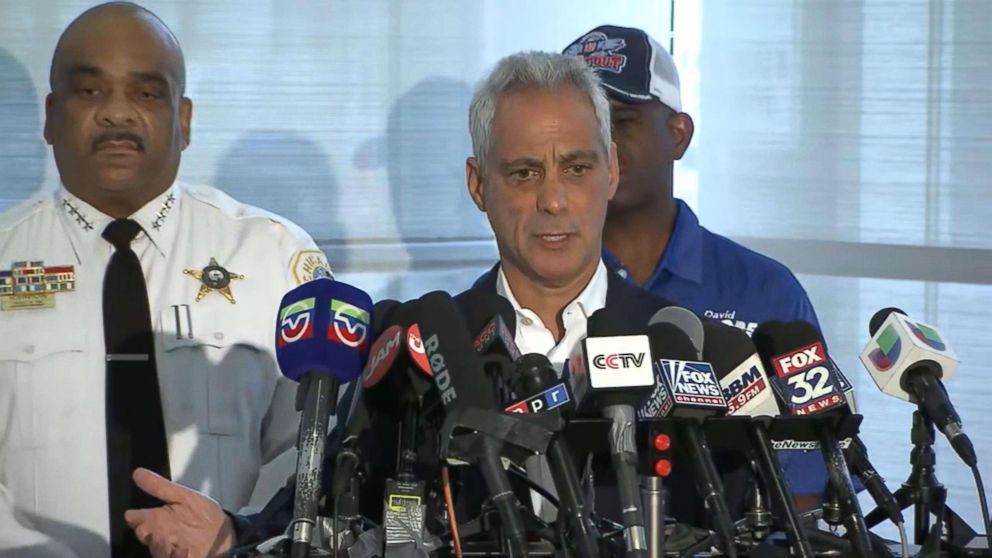 Chicago mayor Rahm Emanuel and the city's police superintendent made an emotional plea for help in holding repeat gun offenders accountable after a deadly weekend in the Illinois city.

There were 14 people killed in shootings and at least 52 others injured this weekend, according to the latest police figures obtained by ABC station WLS.

While shootings in many cities, including Chicago, tend to spike in the summer amid higher temperatures, Emanuel said that the temptation to place the blame there is misguided.

"You can talk about the weather but the weather didn't pull the trigger," Emanuel said, making the same point about questions of jobs and unemployment.

He said what needs to be changes is "the culture that condones rather than condemns."

"All of us know that this is not Chicago -- what we saw -- therefore all of us who love this city and call it home have a responsibility to heal our neighborhoods," he said.

Chicago Police Department superintendent Eddie Johnson echoed those ideas, noting that while police "have really good leads on quite a few" of the suspects, there have been no arrests in connection to the shootings, which were largely contained in four districts in the South and West sides of the city.

"It is the same people who are pulling the triggers in some of these communities," Johnson said at the press conference. "This isn't a widespread issue among citizens of the city. This is a small subset of individuals who think they can play by their own rules because they continue to get a slap on the wrist when we arrest them."

"The city isn't on fire," Johnson said. "We just have to do what we have to do in those challenged areas to make it better."

"What we saw this weekend, it just it rips at everything that I believe in because I know, as a city and as a neighborhood... we can do better," Johnson said.