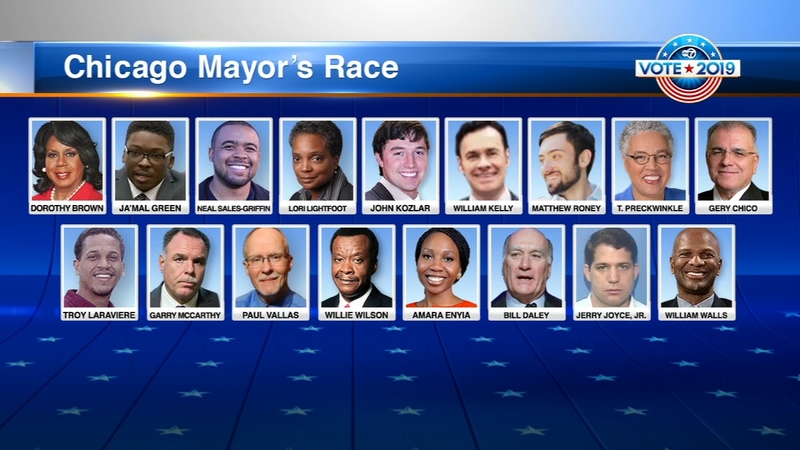 CHICAGO (WLS) -- Two political veterans are the latest to join the crowded race for Chicago mayor.

Preckwinkle, 71, made the announcement at the Chicago Lake Shore Hotel, the same hotel where former President Barack Obama first announced his 1996 state Senate bid. The room was full of supporters as she spoke.

"For too long, the history of this city, of this office, has been shaped by a focus on downtown rather than its surrounding neighborhoods. To be clear, I am not anti-downtown, I'm anti-only-downtown," Preckwinkle said.

She is up for re-election as board president in November and is also chairman of the Cook County Democratic Party. She said she is running for mayor because "she can" and because "it's necessary." While she is considered a party insider, she is returning to her progressive roots as a candidate.

"My hope is today is more than a kick-off for a campaign, but a start of a movement," Preckwinkle said.

Preckwinkle got her start as a high school history teacher and served 19 years as a Chicago alderman before becoming Cook County Board president. While she backed Rahm Emanuel in his last campaign, she criticized many of his decisions Thursday without mentioning his name. Among them, she highlighted what she believes is a lack of police accountability in black and brown communities.

"In fact, understanding that reality is a requirement for the next mayor. You can't fix a problem you won't even acknowledge," Preckwinkle said.

While she made no mention of the way she handled the firing of John Keller, her chief of staff, for allegations of inappropriate behavior with a female, she did talk about it with reporters after the announcement.

"I learned about this allegation on Friday and I demanded a resignation," Preckwinkle said.

Meanwhile, Chico touted his long political career. He has held several jobs under Daley, including president of Chicago Public Schools, chair of the City Colleges of Chicago and president of the Chicago Park District.

"People want results. I don't think they care so much about who you worked for and who is by your side. They want to know that you as an individual can offer them a vision for what the city could be. I'm very optimistic for the city," Chico said.

He said his biggest asset is his vast experience.

"I'm ready to start this job from day one. This is no time for amateur hour, if you've never touched these things before this is not the time to give it a try," Chico said.

With Thursday's announcements, 17 people have announced their intentions of running for Mayor. There is another big name that may enter the game, and that is Cook County Commissioner Jesus "Chuy" Garcia.