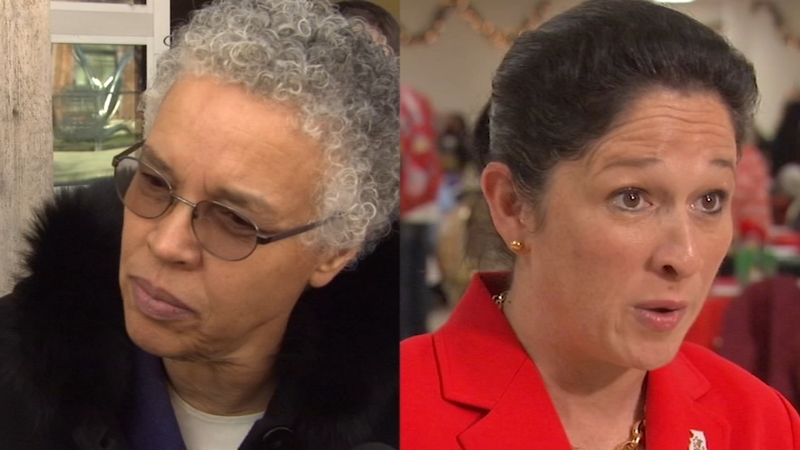 CHICAGO (WLS) -- The Chicago mayor's race could come down to a choice between two women, recent polls show.

There is still a lot that could happen between now and Feb. 26, with some of the key petition challenges being withdrawn, but it setting the stage for a showdown between Toni Preckwinkle and Susana Mendoza.

Two separate polls conducted earlier this month show Preckwinkle coming out on top of the crowded field. But, in both cases, it is Susana Mendoza who comes in second and makes it into the runoff.

One poll done for the Chicago Federation of Labor obtained by the Chicago Sun-Times shows Preckwinkle with 21 percent to Mendoza's 16 percent with all the other candidates in single digits. In a runoff, though, Mendoza beats Preckwinkle 45 percent to 39 percent, respectively. 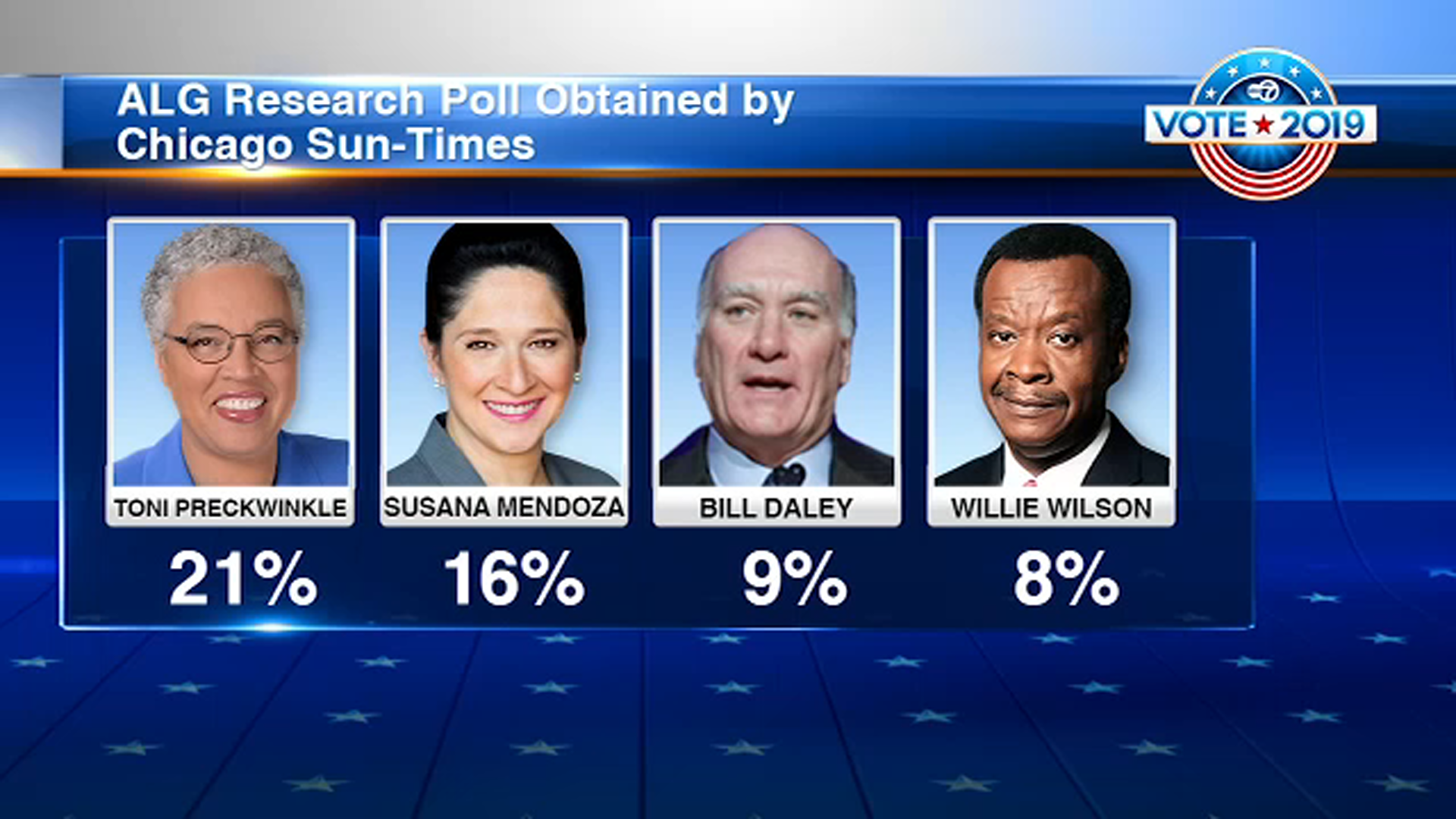 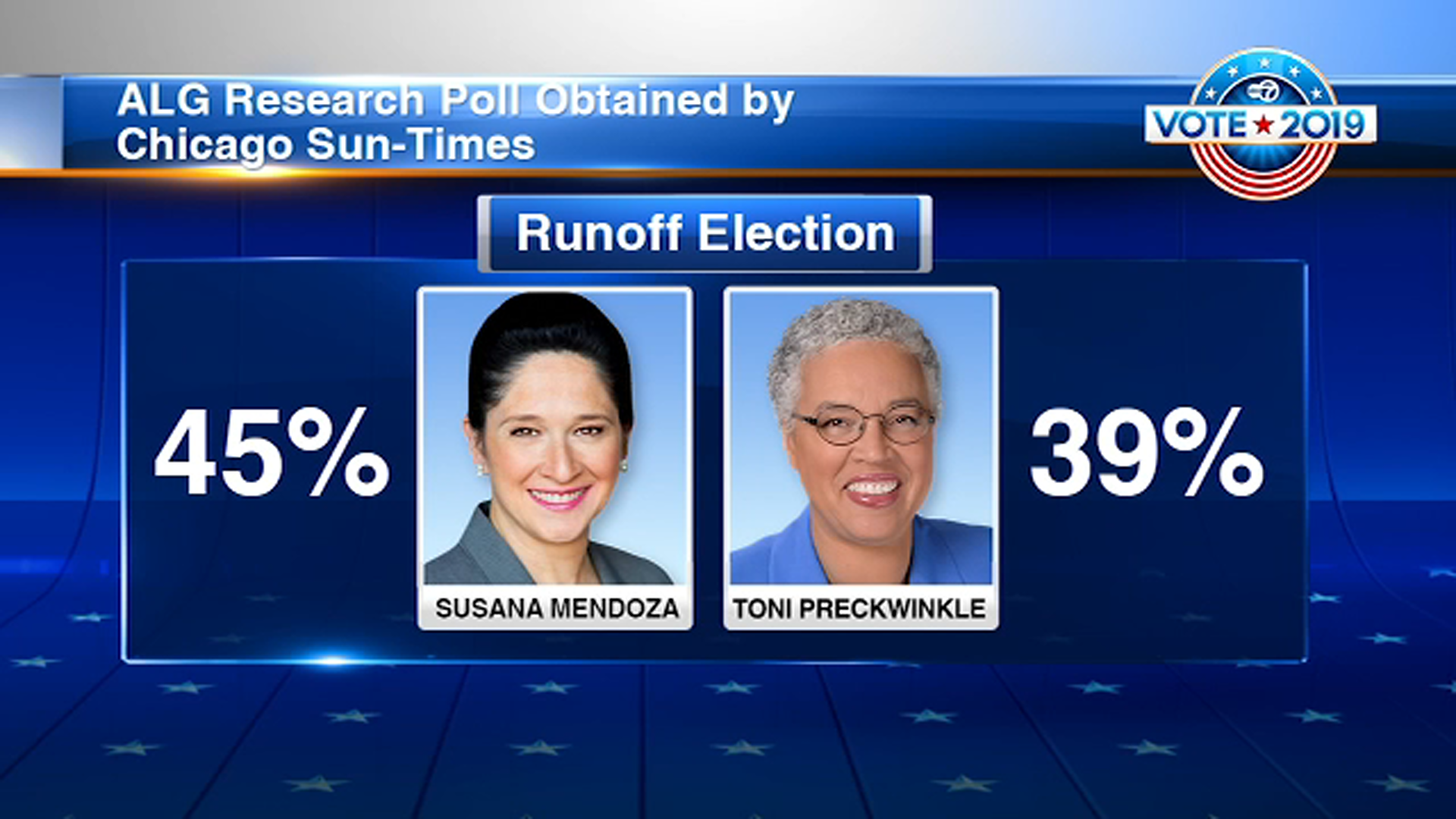 But a separate poll done for Preckwinkle shows her beating Mendoza 22 percent to 12 percent in the general election, with Bill Daley and Paul Vallas close behind at 10 percent and 19 percent still undecided. Preckwinkle would then beat Mendoza 42 percent to 39 percent in a runoff. 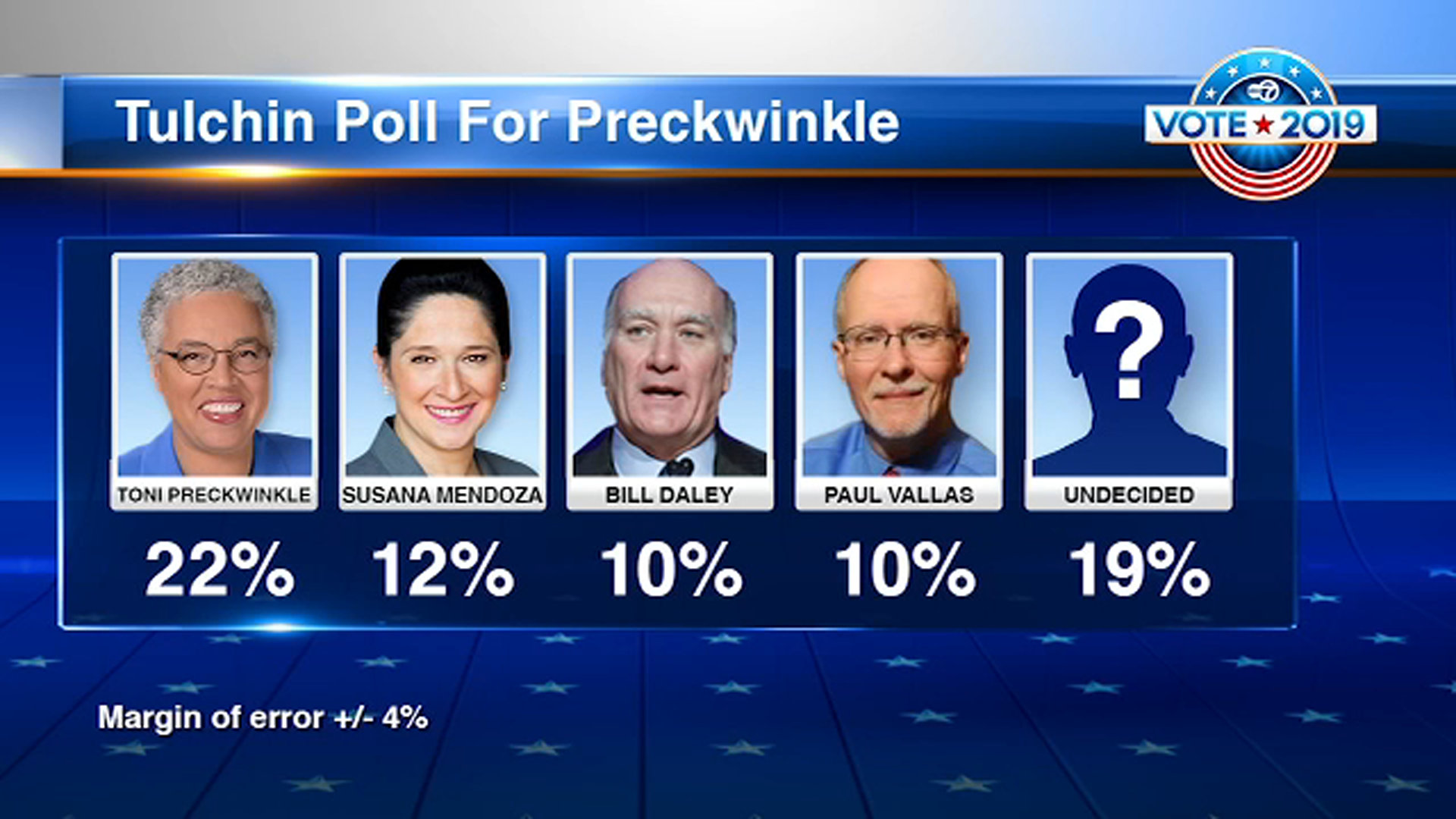 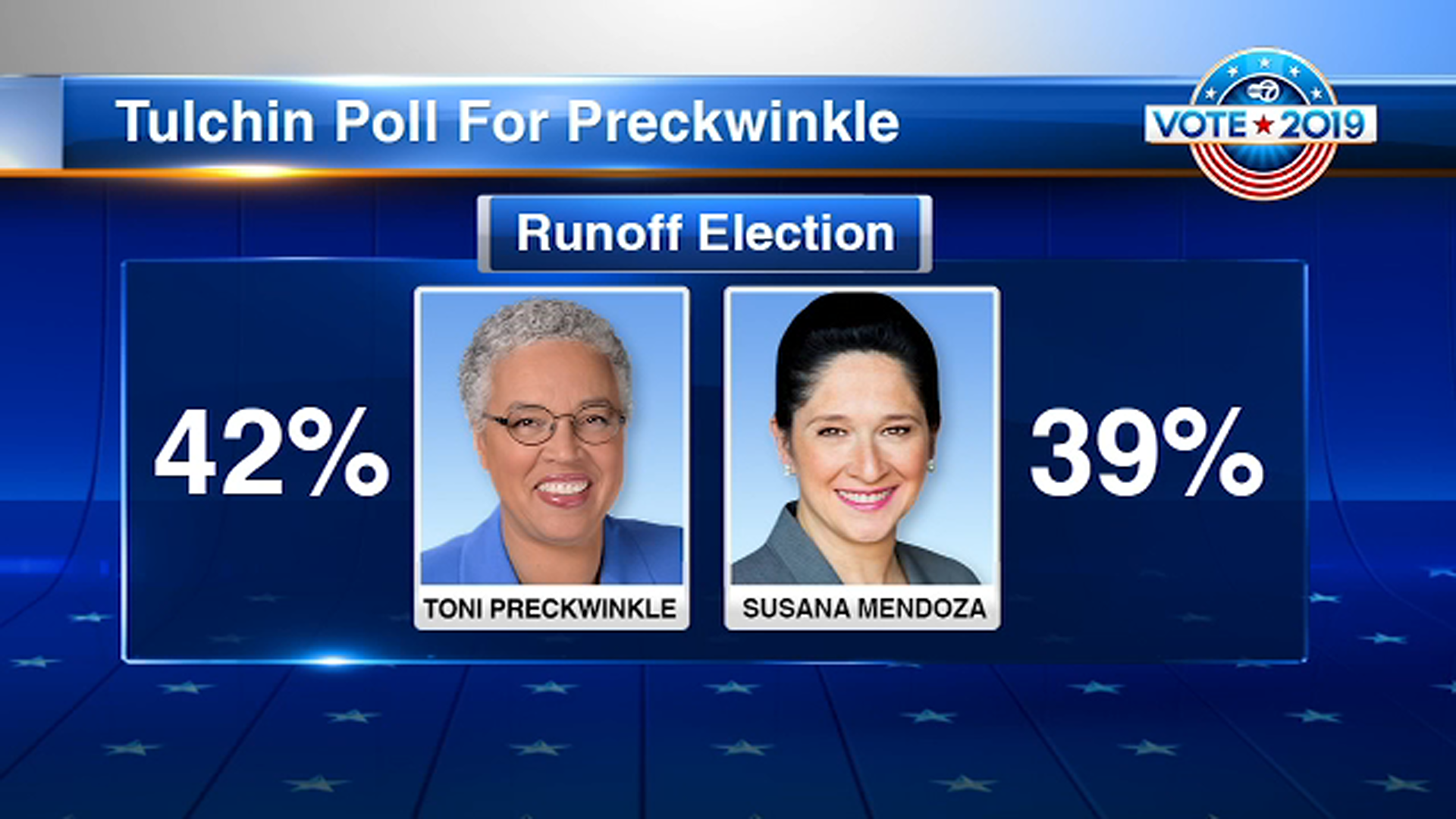 Vallas, who held a news conference to call for all mayoral candidates to release their tax returns, dismissed the polls.

"I'm really suspicious sometimes of who's putting out that polls and the agendas. You know, I think that there are some interests that want to establish this narrative that it's kinda like a two-way race," he said.

Willie Wilson, who had his own press conference to call for more transparency in the multi-billion dollar O'Hare expansion project, labeled the polls as false and claimed his own polling a vastly different scenario.

"We know that we are in lead, you know, we're going to do another poll coming up soon, as soon as everything shake out and see who's gonna be in the race," he said.

Preckwinkle dropped her challenge of Mendoza's petitions on Wednesday. Vallas had dropped his challenge to Daley prior to that.