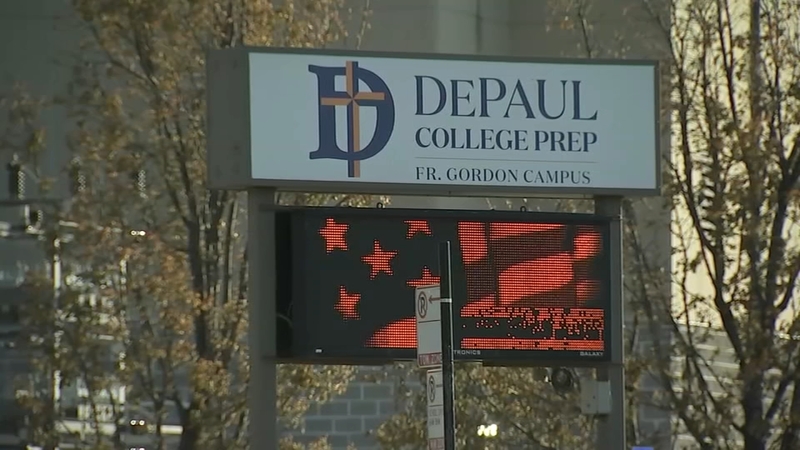 CHICAGO (WLS) -- Chicago police are investigating an incident in which a man in a lime green vehicle attempted to abduct a 14-year-old girl who was leaving DePaul College Prep in Irving Park East Monday evening.

The girl's parents said she was grabbed by the jacket and elbow as she left school around 5 p.m. It was already dark when the man jumped out of the passenger side of what appeared to be a lime green taxi cab and accosted her.

The girl, a freshman at DePaul College Prep, was able to escape his grasp and run to her waiting mother's vehicle, a short distance away.

"The girl was 14. That just scares the living daylights out of me," said Tim Jackson, resident. "I have a niece, when she was that age she was very small and so easy to abduct. It doesn't take much."

"You don't know how it could have ended," said parent Mike Beenblossom. "I encourage my daughter to walk with friends, to never walk alone, especially after dark."

The student was not injured, and police were called to the scene. DePaul College Prep sent out a notice to parents from Principal Dr. Megan Stanton-Anderson, saying in part, "We advise that all students waiting for a ride after dark wait inside our building. If students are waiting outside, we recommend that they not have earbuds in or their phones out as they wait to increase awareness of their surroundings."

This is the second incident involving what appears to be a lime green taxi cab in the past week> Margaret Rezek, 27, told ABC7 Eyewitness News she was walking along Broadway and Buena on Nov. 25 when the driver started first calling out to her, then following her.

"He was like, 'Elizabeth, Elizabeth!'" she recalled. "I was like, 'That's not my name, just leave me alone.' He was like, 'Oh, I thought it was,' and that's when he turned around and started following me again, and I just lost it and just ran."