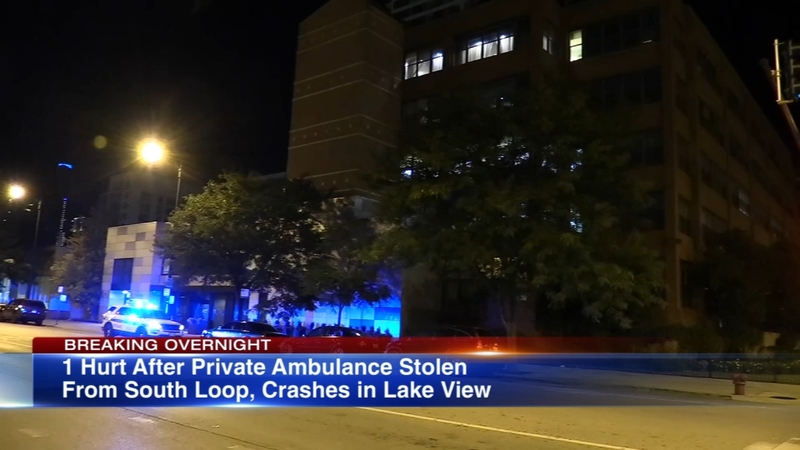 CHICAGO (WLS) -- A woman was injured Thursday morning after someone crashed a stolen private ambulance into another vehicle in Lakeview on the North Side, police said.

According to Chicago police, around 12:45 a.m. an unattended Elite ambulance was left running with the doors unlocked outside Warren Barr South Loop Convalescent facility in the 1800-block of South Wabash Avenue.

An unknown suspect hopped in the ambulance and drove off, police said.

The suspect crashed the ambulance about 45 minutes later when they rear-ended another vehicle in the 3000-block of North Sheridan Road, police said.

A 29-year-old woman was inside the other vehicle and was transported to Illinois Masonic for non-life threatening injuries, police said.

Police said the driver of the ambulance fled the scene on foot.