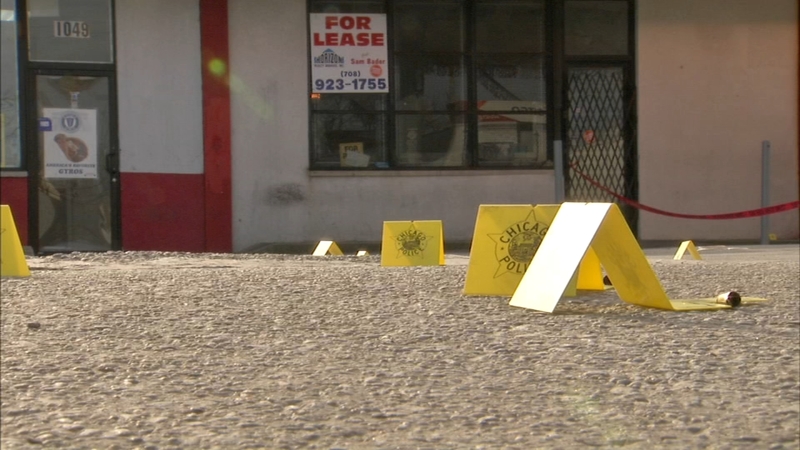 A 19-year-old man, 16-year-old girl and 15-year-old boy were in the 1000 block of West 103rd Street at about 8:40 a.m. when police said a small tan SUV with four people inside approached. Someone got out of the car and opened fire in the Washington Heights neighborhood.

The 16-year-old girl, who's a Julian High School student, said she was walking to school with a 15-year-old friend when the two stopped at a gas station to talk to a neighborhood acquaintance who works there, according to the girl's mother.

"She was just standing outside and they just start shooting," said the girl's mother, who asked not be named out of fear of retaliation by those responsible for the attack.

While a bullet grazed the left calf of the teen girl, the 19-year-old man was shot in the mouth.

Detectives said the 15-year-old boy, who was also wounded, left the scene before officers arrived, but contacted police later and was taken to the hospital.

Julian High School's Principal Myron Hester said in a letter to families Thursday that the school was placed on a "soft lockdown out of an abundance of caution."

The principal reassured parents and guardians that the school will have an increased security presence during the school day and dismissal.

"We are working closely with the CPD and CPS Office of Safety and Security to ensure student safety and will put the following precautions in place until the police inform us that there is no threat to student safety," Hester said.