Parents charged after boy, 1, struck by gunfire during fight over gun in Uptown 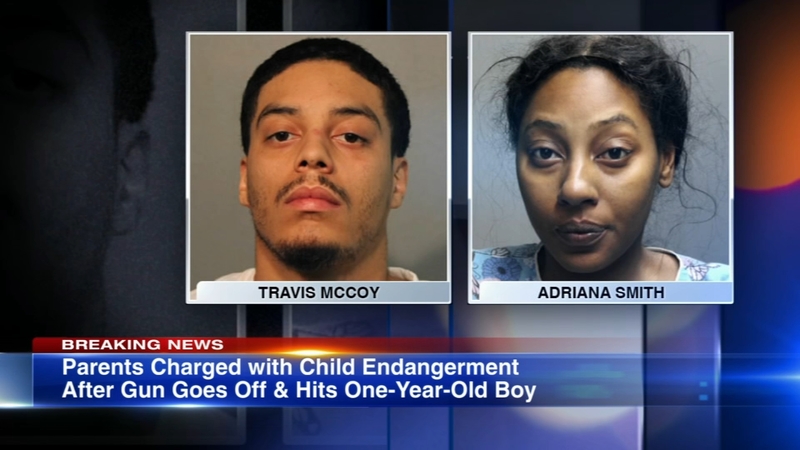 Parents charged after infant struck by gunfire in Uptown

CHICAGO (WLS) -- The parents of a 1-year-old boy who was struck and injured when a gun the couple was arguing over went off have been charged.

Chicago police said the shooting began as a domestic situation inside a home inside the North Eastwood Shores Apartments in the 800-block of West Eastwood Avenue around 7:30 p.m.

Police say McCoy and Smith were fighting over a gun and the gun went off. According to police, the bullet ricocheted inside the apartment and struck the boy in his head, but did not penetrate the skull.

McCoy ran with the baby to Weiss Hospital, where the baby was transferred to Lurie Children's Hospital. The baby remained in serious condition Tuesday morning, police said.

Police said McCoy told them he was standing outside when he was shot at by individuals on the street at Clarendon and Leland avenues, but police said no shooting took place there.