Car with 2 children inside stolen in Portage Park 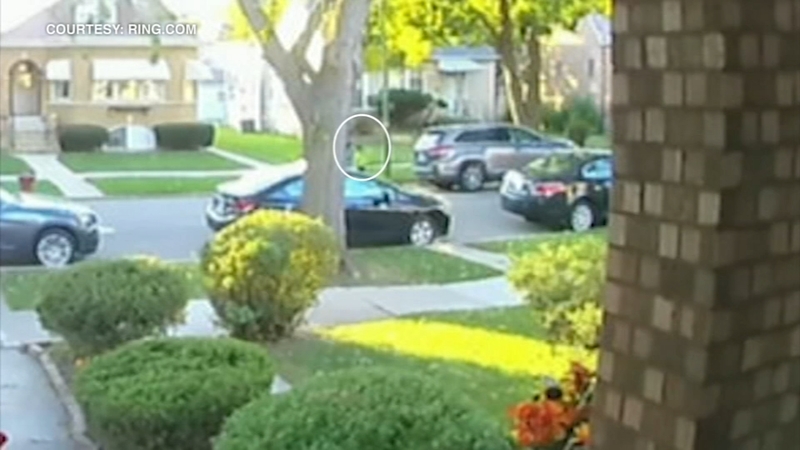 Car with 2 children inside stolen on NW Side

CHICAGO (WLS) -- A car with two children in the backseat was stolen at a gas station in Chicago's Portage Park neighborhood Friday evening, police said.

Police said the theft happened in the 5900-block of West Montrose Avenue just before 5:15 p.m. According to police, a 39-year-old woman was parked at a gas station when an unknown man climbed into the driver's seat of her car. He drove off southbound on Austin Avenue.

A witness said the car was parked at the gas pump and the mother was outside the car when the theft occurred, and that the mother tried to hang onto the vehicle as the suspect drove off.

The woman's children, a 2-year-old boy and 5-year-old girl, were in the backseat at the time of the theft. They were found by officers in the 4300-block of North McVicker Avenue, about a quarter mile away, a few minutes later.

Jennifer Villanueva was outside in front of her home when she said the stolen SUV came speeding down the road, coming to a stop across the street.

"He opened the car door," she said. "The kids were screaming. He got them out then took off."

A Ring doorbell camera captured video of the gray Toyota, showing the driver speed off after leaving the kids behind. Villanueva ran to help them then called the police.