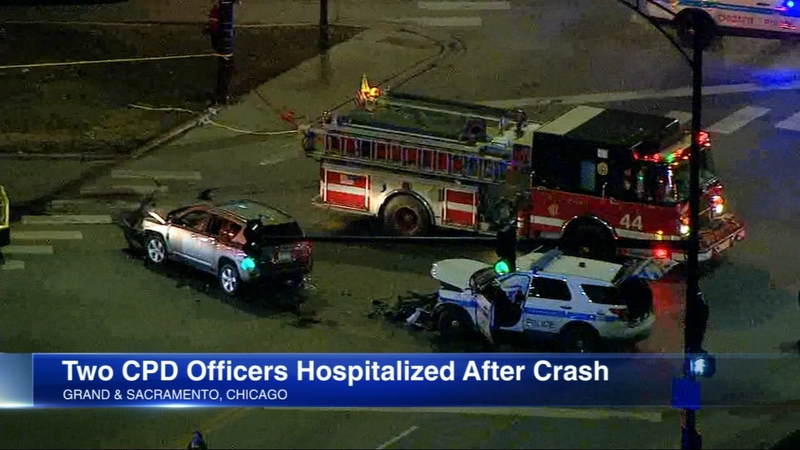 CHICAGO (WLS) -- A Chicago police squad car was part of a two-car crash in the city's Humboldt Park neighborhood Friday.

The crash happened at the intersection of West Grand Avenue and North Sacramento Boulevard at about 4:45 p.m.

Police said a Jeep driving westbound on Grand struck the marked CPD squad car traveling south on Sacramento. The squad car had its lights and sirens on, en route to assist on a call, police said.

Police said the squad car also had a green light, and the Jeep had run a red light.

An investigation by the Major Accidents Unit is ongoing.