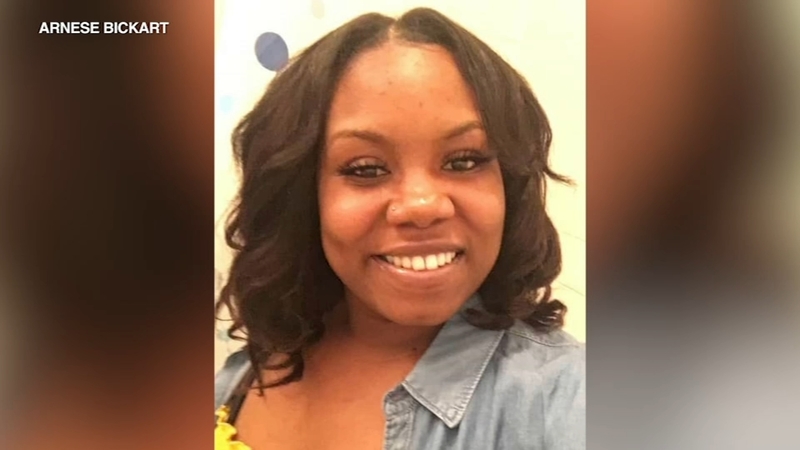 3 shot, including pregnant woman and teen, in Chatham drive-by

CHICAGO (WLS) -- Chicago police said three people were shot, including a teenage boy and a pregnant woman, in a drive-by in Chatham Friday afternoon.

Police said a 13-year-old boy, 21-year-old man and a 27-year-old woman were on the sidewalk in the 8200-block of South Drexel around 5:30 p.m. when an unknown vehicle approached and someone inside opened fire.

Arnese Bickart said the three victims are her family members, including her son, who were in their own front yard at the time of the shooting.

"Terrell is in a wheelchair, and if you see him out there why would you shoot a person that's in a wheelchair?" Bickart wondered. "Terrell doesn't bother anybody. He's not a troubled child."

Bickart said her son, as he does every day, was sitting with his pregnant sister-in-law Evita London while she sold candy and Sno Cones.

"They sit out there every day and sell her candy," she said. "Every day. She is eight months pregnant. Who would shoot a pregnant woman?"
"I see them all the time," said Shelton, a witness who asked we only use his first name. "They're out here every day selling Sno Cones and stuff. You never know who is going to get shot. It's just ridiculous."

Bullets also struck Courtney Dorsey, the victims' young cousin, as he rode his bike nearby.

Family said Dorsey was in emergency surgery as of 10 p.m., but that doctors told them London, her unborn baby and Terrell are expected to be OK.
No one seems to know who pulled the trigger or why.

"It's just ridiculous. When are they going to grow up? They talking about Black Lives Matter, but instead y'all killing each other," Shelton said.

"Any gunshots, I lay on the ground because you never know where it's coming from or who they're shooting at," said Denise Smith, who heard the gunfire. "It's always the wrong person they're shooting."