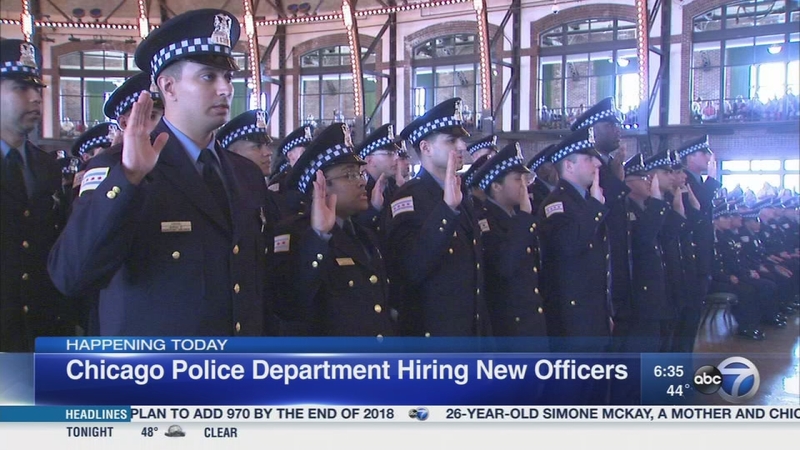 Monday is deadline for CPD applications

CHICAGO (WLS) -- Do you want to work for the Chicago Police Department? You have to get your application in by Monday.

Salary starts at $48,000 a year and there are 970 positions available. Of course, it's a tough job and officers will be confronted with plenty of violence.

This weekend alone, eight people were killed in shootings across the city of Chicago. But a lot of people want the job and more than 10,000 people have applied, so roughly one in ten will be getting a job with CPD.

This is not happening all at once and the rollout is over several months. For example, it's being announced that Monday, 82 officers will be deployed to their Third District assignments. The city says expect roughly 100 officers to be deployed every about every 30 days until 970 new hires are made.

This is costing the city $134 million this year alone and some community activists say that money would be better spent on police training and investing in blighted communities. To that point, the city says the police department's redesigned policy on use-of-force has just gone into effect.