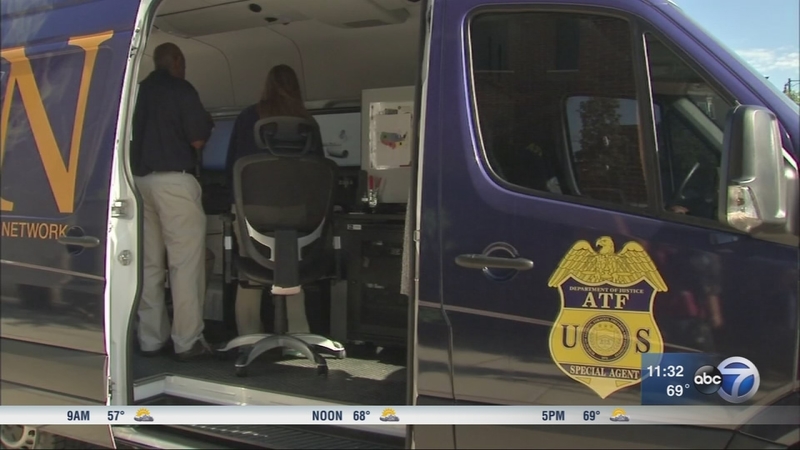 CHICAGO (WLS) -- A high-tech ballistics van from the ATF that can analyze evidence on the spot at crime scenes is now in Chicago, and it's the only one in the country at the moment.

The van is in a testing phase right now and may only be around for the summer.

"Each casing is like a fingerprint and so we're able to associate those cartridges with other shootings so that will help us track down these guys a lot quicker," Superintendent Eddie Johnson said.

So a process which could take days would only take hours. The van was first tested in Baltimore, a city struggling with gun violence like Chicago.

"Unfortunately in the first weekend, the gun violence generated cartridges which gave them more evidence than they had found in the previous month in the city of Baltimore," said U.S. Senator Dick Durbin. "It is definitely necessary."

The ATF says it has been successful so far in Chicago being able to trace bullets or guns to different crimes to generate more leads and more vans are in high demand.

"This is the only one we have currently. We also have one that's in the process of being completed we're hopeful that within the next fiscal year we'll be able to provide several others to our fleet," ATF Special Agent David Coulson said.