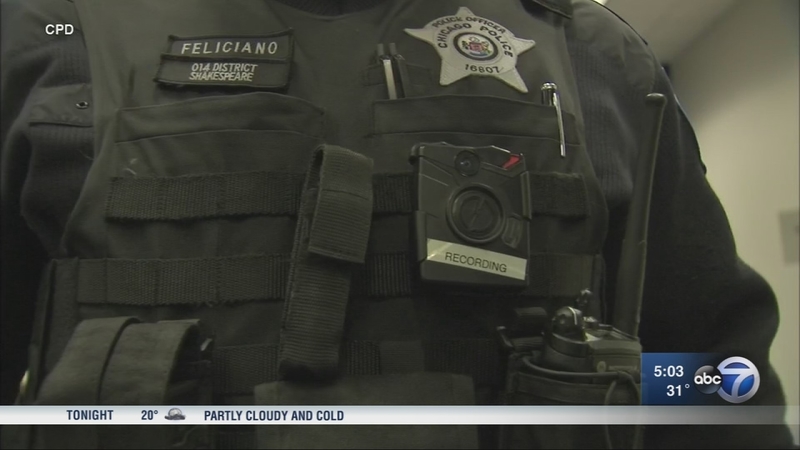 CHICAGO (WLS) -- Chicago police are touting an end to a year-long effort to bring body cameras to every patrol officer. The city says the expansion is being finalized a year early.

The aggressive roll out of body cameras has been part of an initiative to help build better community relations with residents. Mayor Rahm Emanuel and Chicago Police Superintendent Eddie Johnson made the announcement Sunday afternoon. Mayor Emanuel says the cameras help provide transparency.

"Under Superintendent Johnson's leadership, the Chicago Police Department is rebuilding bonds with residents," said Mayor Emanuel. "Technology can support accountability and transparency, but it is just a tool. When accompanied by philosophies of community policing, these tools can be used to create teachable moments that strengthen safety and trust in every neighborhood."

Over the past year the city and police department have been working to change its way when it comes to issues surrounding police brutality.

"The completed expansion of body cameras to our patrol officers marks an important day in our continued work to foster transparency, while also providing our officers greater resources," said Superintendent Johnson. "These devices have played a large role in protecting the rights of the citizens we serve and have shown firsthand the dangers CPD officers face every day to make Chicago safer. Moving forward we will remain committed to identifying ways we can rebuild public trust and help our officers do their jobs more effectively and safely."

Chicago now has the largest deployment of body cameras in the nation. The final districts to get body cameras include Calumet, Near West, Albany Park and Grand Central police districts.

In total, more than 7,000 Chicago police personnel are now equipped with body cameras.

Officers will get a grace period to familiarize themselves with the new technology. The department has said there will be rules that come with it, including letting the public know they are being recorded with the exception of certain situation, like an active shooter. The department also said if an officer intentionally does not turn on the camera, they could face consequences.

Chicago police are touting an end to a year-long effort to bring body cameras to every patrol officer.