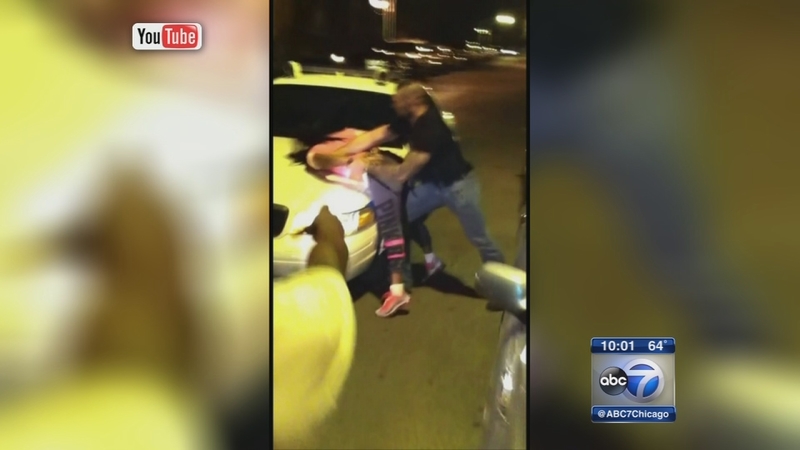 CHICAGO (WLS) -- A police brutality lawsuit was filed Thursday against the Chicago Police Department by two people who claim a video shows them being beaten unjustly by officers.

Chicago police confirmed that the video came from an incident that took place a year ago this Saturday. As a West Side neighborhood celebrated two of its artists signing a big recording contract, a block party developed. Then the police showed up, and the plaintiffs said that is where things went downhill.

Lisa Simmons' attorney Rahsaan Gordon says the video shows her being slammed onto a car hood by a Chicago police officer for asking him why he was allegedly harassing her son.

"You have this small child and this woman who is watching, this extreme violence for what? for nothing!" Gordon said.

Gordon is suing the CPD on behalf of Simmons and Jeremiah Smith, whom the video shows being slugged by that same officer. Earlier, the video shows him brandishing his baton.

"That is an impact weapon. There was no reason for him to pull it out," Gordon said.

Gordon said police culture prevented other officers from intervening as citizens used standing on their block as a form of legal protest.

"Nobody ran at him, nobody pulled out a weapon, nobody tried to punch him. They stood there. You even hear one of the gentlemen saying, 'I'm a man! I'm not a child,'" Gordon said.

After 12 days in jail, Smith pleaded guilty to misdemeanor battery and was released. But his lawyer said the video illustrates the sometimes massive divide between police and the people.

The Chicago Police Dept. said in a statement it takes "any allegations of excessive force against the residents our officers are sworn to protect very seriously, and any action which undermines the integrity of the Chicago Police Department simply will not be tolerated."

The incident is now being investigated by the Independent Police Review Authority. Chicago police said the officer involved is still on paid duty.