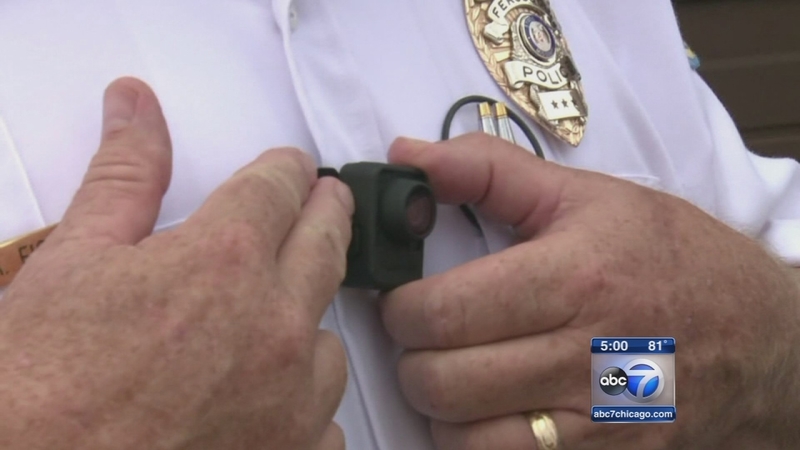 CHICAGO (WLS) -- Body cameras are being used by embattled police in Ferguson, Mo., where an unarmed teenager was shot and killed by an officer, and that technology could soon come to Chicago.

How often have we had police-civilian confrontations with hugely different accounts of what really happened, and might a body camera have provided video evidence that revealed an objective record?

While cost is a factor, more police departments are moving toward using body cameras, and Chicago is among them.

In the aftermath of the shooting death of Michael Brown, the Ferguson Police Department now has over 50 body cameras - enough for every member of that department. Most of them were paid for through private contributions.

The cameras are battery-operated and record video and audio. Some models clip on to a uniform shirt at chest level. Others are shoulder mounted, or can be attached to glasses. Because of the cost, they are more prevalent in smaller police departments, but both New York and Los Angeles are testing their use.

"It makes everything a lot easier, especially for the court. I mean there's nothing that solidifies the case than the video," said Officer Jim Stover, Los Angeles Police Dept.

"Who does it benefit? It benefits the officer," said Chicago Police Supt. Garry McCarthy.

Supt. McCarthy said Monday that Chicago police are in the very beginning stages of their own pilot program for body cameras. Like L.A., it would initially involve a fairly small number of officers.

"There's gonna be contractual obligations that we're going to have to probably negotiate with the unions and so on moving forward, but at the end of the day, I would have no fear to wear a body camera on patrol," said Supt. McCarthy.

"I think it is an idea well worth a discussion," said Ed Yohnka, American Civil Liberties Union.

The ACLU believes body cameras could ultimately benefit both police and civilians. Dash cams in squads were initially opposed by law enforcement, but today, over half of Chicago's police cruisers have them, and they've been helpful in separating fact from fiction. But the use of body cameras is more complicated.

"Questions about who turns the camera on, who turns it off. Who retains the data, and the video, who has access to it afterwards?" said Supt. McCarthy.

If an officer enters a home on, say, a well-being check, should the camera be rolling without a homeowner's permission if he or she's done nothing wrong? Does a civilian in a non-violent, no arrest situation have the right to say "turn off the camera"? There are many questions.

A spokesman says Chicago's Fraternal Order of Police is not against body cameras, but must be part of setting up rules of engagement before they're used.