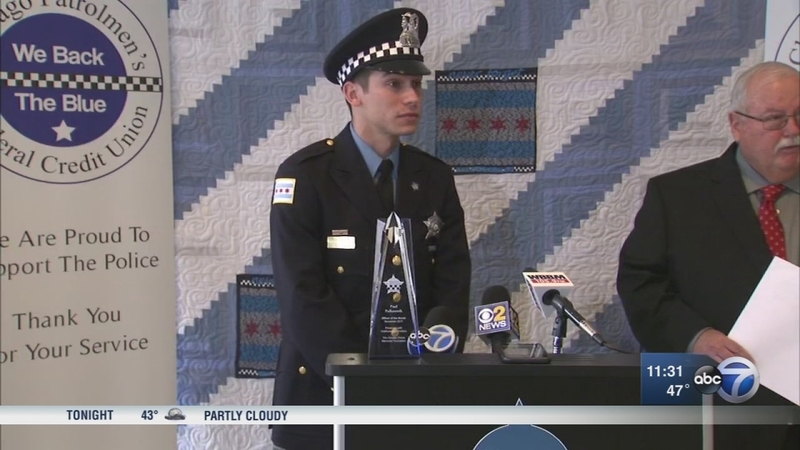 Chicago cop honored for donating bone marrow to save baby

CHICAGO (WLS) -- A Chicago police officer who donated his bone marrow to save the life of a sick baby was honored Tuesday by the Chicago Police Memorial Foundation.

Earlier this year, Officer Paul Pulkownik underwent surgery to donate the bone marrow to help an 8-month-old boy with a rare disorder called Wiskott-Aldrick Syndrome. The only cure was a bone marrow transplant.

Pulkownik, a Bolingbrook native, jumped at the opportunity after he found out he was a match for the child.

"You know the recovery process, while it was a little strenuous and everything like that, in comparison to what they were probably going through or what some bone marrow recipient would be going through, is nothing," said Pulkownik
The transplant was a success. The boy was released from the hospital in July.

Federal law prohibits contact between the donor and recipient for a year but Pulkownik said that just knowing it was a success is good enough for him.