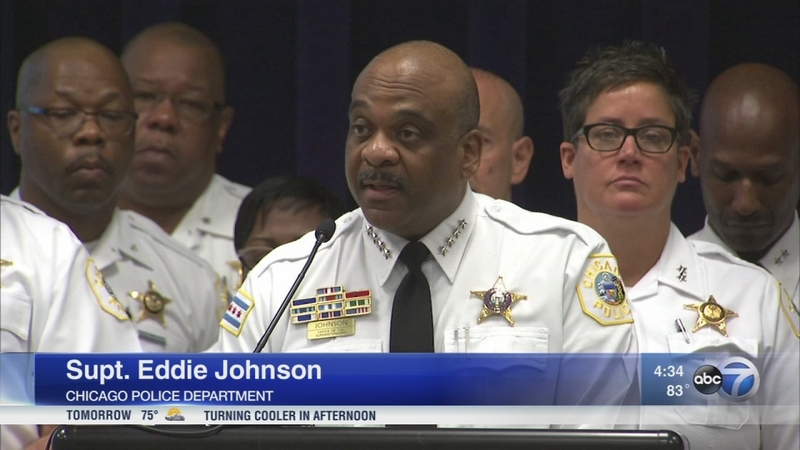 CHICAGO (WLS) -- Chicago police announced Wednesday new guidelines for the use of force by officers.

The new policy says force should be used as a last resort and should be limited when a suspect is fleeing. It also recommends de-escalation and requires immediate medical assistance when a person is injured person. The policy also requires more training for every member of the department.

"I do believe that the set of policies we're releasing today is in the best interest of everyone," said CPD Supt. Eddie Johnson.

The policy changes come after a year of meetings and feedback from the community and police officers.

"The process used to develop this policy is an example of the police department's commitment to reform and building the community trust," said Ald. Ariel Reboyras (30th Ward).

The shooting of Laquan McDonald, a 17-year-old shot 16 times by a Chicago cop, sparked the review how CPD officers use force.

"Clearly that moment started a very important conversation that has resonated among people all over the city," said Lori Lightfoot, president of the Chicago Police Board.

"I think Laquan McDonald was an incident that we all learned from," Johnson said.

Since the McDonald video was released, the now-former officer was charged with murder and there has been new leadership at CPD and the Independent Police Review Authority.

Sharon Fairley, who heads the transitioning agency, was part of a police accountability forum on Wednesday.

"There's some really, really important changes that were made that I think go a long way toward putting this policy into place that really make sense for the community," said Fairley, chief administrator of IPRA.

William Calloway, who played a role in McDonald video becoming public, was among the leading critics of the police department's policies and practices.

On Wednesday, he stood with CPD leadership.