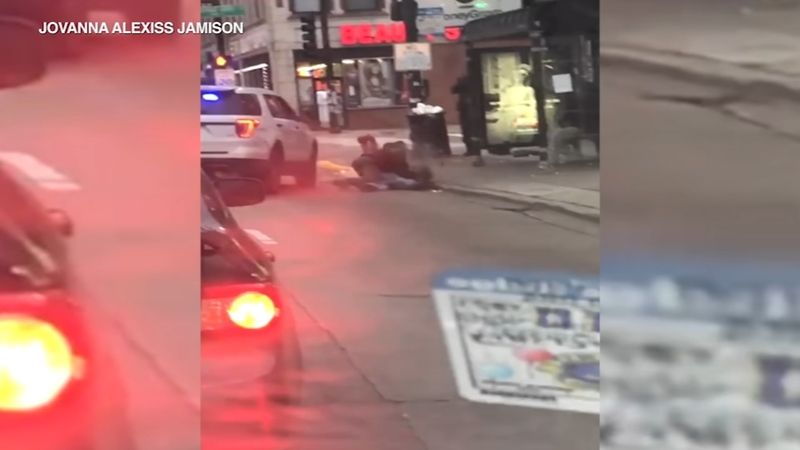 CHICAGO (WLS) -- A second Chicago officer has been relieved of police powers while investigators review an incident in which a man was seen on video being slammed to the ground by an officer last week.

The Civilian Office of Police Accountability recommended the move on Wednesday.

Interim CPD Superintendent Charlie Beck reviewed and agreed with COPA's recommendation while an investigation into the use of force incident is ongoing, according to a police spokesman.

Superintendent Charlie Beck has reviewed @ChicagoCOPA recommendation & concurred with relieving this officer of police powers pending the extern use of force investigation. https://t.co/F5DBsSG79q

No other details are known about the second officer involved in the Thanksgiving Day incident that led to what police call an "emergency takedown."

Bernard Kersh, 29, is facing an aggravated battery of a peace officer charge and several misdemeanor charges in the incident.

Chicago police said Kersh was drinking from a vodka bottle at a bus shelter in the Chatham neighborhood last Thursday, when he was approached by two officers.

The officer who conduced the "emergency takedown" was relieved of police powers by former CPD Superintendent Eddie Johnson.

"The ruling by the Civilian Office of Police Accountability (COPA) gives us an opportunity to say the behavior of rogue officers is unacceptable," Rev. Jackson said on Wednesday. "When one is sworn to uphold the law and he or she violates the law then there must be deterrence."

Prosecutors presented information over the weekend about Kersh's criminal history.