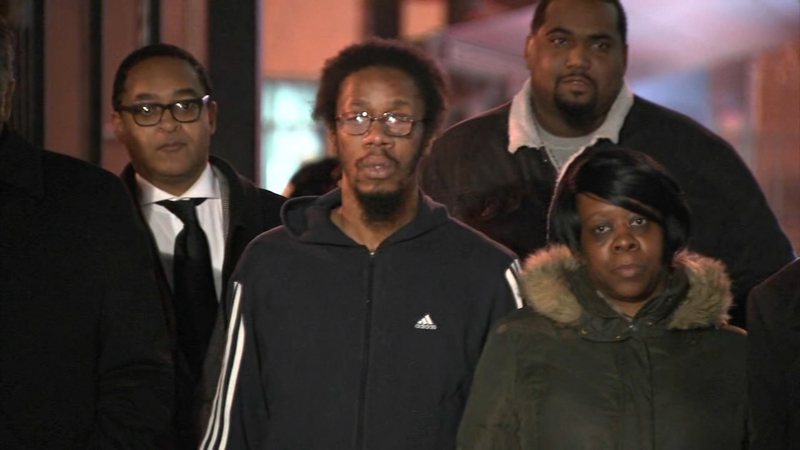 CHICAGO (WLS) -- The man who was seen on video being body-slammed during an arrest by Chicago police officers was released from custody Friday.

"I want to thank the reverend," Bernard Kersh said after he was let out of Cook County Jail. "I want to thank my attorney, my mom, and I want to thank everybody for their prayers and everyone who has something to do with my coming home tonight to my family."

Officers tried to arrest Kersh Thanksgiving day after they said he was drinking vodka in public then spat in an officer's face. Kersh has been charged with resisting arrest and assault.

He spent days locked up in Cook County Jail, but his attorneys say it was Kersh, who they said suffers from schizophrenia, who is the victim.

"A one-eyed man who is schizophrenic, mentally challenged, was thrown on the sidewalk with no regard for his life," said Reverend Jesse Jackson Friday.

Video shot on cell phone by a bystander shows the officer slamming Kersh to the ground, hitting his head so hard on the concrete it appears to bounce off the curb.

"It was heart wrenching to see my son being slammed to the concrete on his head without moving, lifeless. I didn't know if he was dead or alive," said his mother Keisha.

The officers involved in his violent take-down arrest have been put on desk duty.