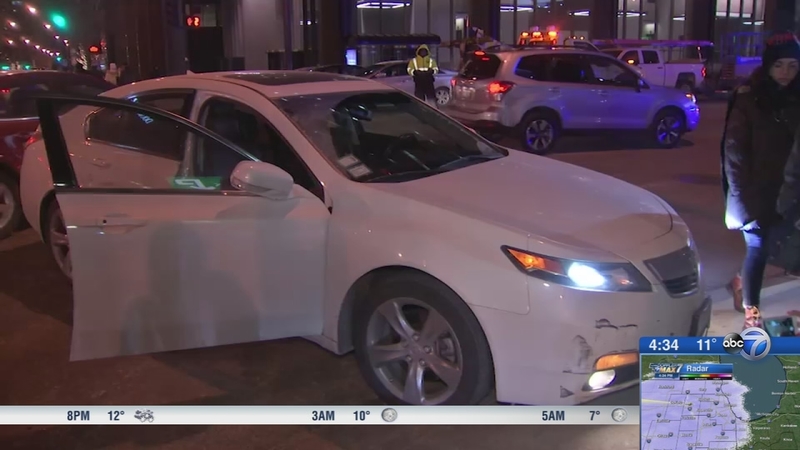 CHICAGO (WLS) -- A new Chicago police task force aimed at curbing carjackings held its first meeting on Monday after a more than 30-percent spike in such crimes last year.

The specifics about the outcome of the meeting will be released by CPD next week, by which time they hope to have a more comprehensive strategy.

In addition to Chicago police, members of the Bureau of Alcohol, Tobacco and Firearms, the FBI and federal prosecutors will be on the task force.

Many of the perpetrators are juveniles, who -- under the current system -- are charged, then released into the custody of their parents.

Carjacking is not deemed a serious enough crime to keep them in custody or even prosecute.

The three teens were arrested in connection with Friday's attempted carjacking of a retired police officer outside a hotel in the Streeterville neighborhood. At least one of them was back at it again before the paperwork was complete, police said.

"Last night that same individual was arrested again in a stolen motor vehicle with a loaded .40-caliber weapon," Sanchez said.

Legislation that stiffens penalties for minors can change this. But federal agencies may also have a part to play, cracking down on the ring leaders, who purposely use minors, by picking up on their use of illegal weapons, to go after them in federal court.

"We would have to identify a gang, a particular gang, that's involved in carjackings and then we'll look at potential federal charges to charge them with conspiracy to commit these violent acts," said Celenez Nuñez, of the ATF.

A task forced aimed at curbing a spike in carjackings in Chicago held its first meeting Monday morning.