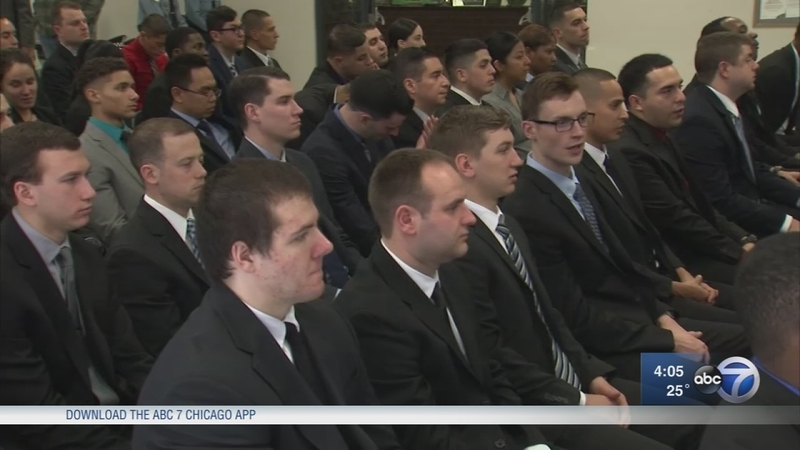 CHICAGO (WLS) -- Mayor Rahm Emanuel welcomed in the latest class of police recruits Monday as the department continues its efforts to recruit minorities to the police force. There are 114 recruits in this new training academy class and 68 percent of them are minorities and 23 percent are women.

"Chicago's greatest asset is our diversity," Mayor Emanuel said, "and with each class of recruits, CPD reflects that and uses it to serve our city."

The six-month training program includes many of the changes that have come as part of the police reform efforts spurred on by the 2014 shooting of Laquan McDonald by police officer Jason Van Dyke. It includes a significant effort on community policing. The mayor reminded recruits of the importance of being a part of the community they served. He stressed the importance of listening and said every interaction in the community is a teachable moment.

Navarro said his best advice to the new recruits: "Know why you came on the job... and you'll go far."