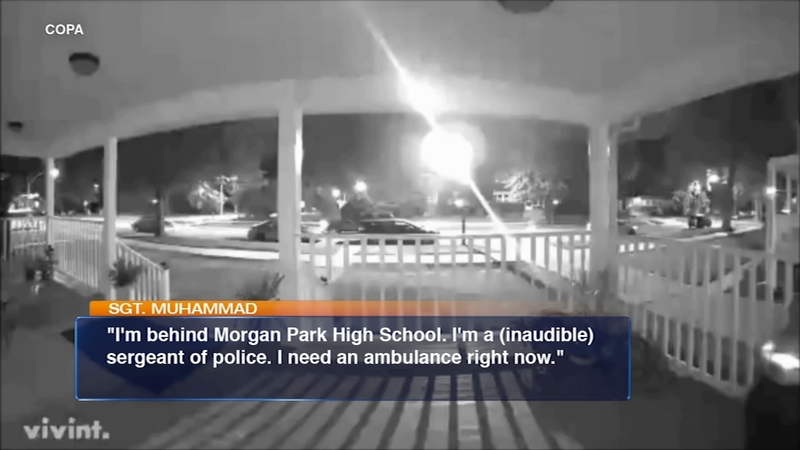 CHICAGO (WLS) -- The Civilian Office of Police Accountability has released video of a 2017 incident in which an off-duty Chicago police officer shot an unarmed man with developmental disabilities.

In documents released by COPA, Sergeant Khalil Muhammad said he was in imminent threat of battery by an armed man who was unresponsive to orders. But no weapon was ever recovered and the victim's attorney said the shooting was far from justified.

A home surveillance camera captured the violent encounter in which Muhammad opened fire from a pickup truck, wounding 18-year-old Ricardo Hayes in the chest and arm.

Hayes survived the shooting and has now filed a lawsuit.

In his federal complaint, Hayes is described as having "developmental disabilities" with "the cognitive level of a child" and "difficulty communicating."

Dashcam footage from another officer's car shows Hayes running in the city's Morgan Park neighborhood in the early morning of August 13, 2017.

Hayes eventually stops in front of a home and stands there as Muhammad rolls up in his unmarked personal vehicle. Second pass and the sergeant remains in the truck. But when Hayes slowly starts moving toward Muhammad, gunshots ring out.

The teen survived and was arrested by Muhammad, who called 911. In the background of the call Hayes can be heard screaming.

In police reports, Muhammad said he was in danger of being battered and believed Hayes was armed. No weapon was recovered.

Hayes' attorney said his client was unarmed, running and skipping around his neighborhood.

"I was horrified and shocked by this video, and I think most everybody will be," Hardy said.

Fourteen months after the shooting, Khalil Muhammad remains with CPD, suspended with pay. He's had to give up his badge and gun.