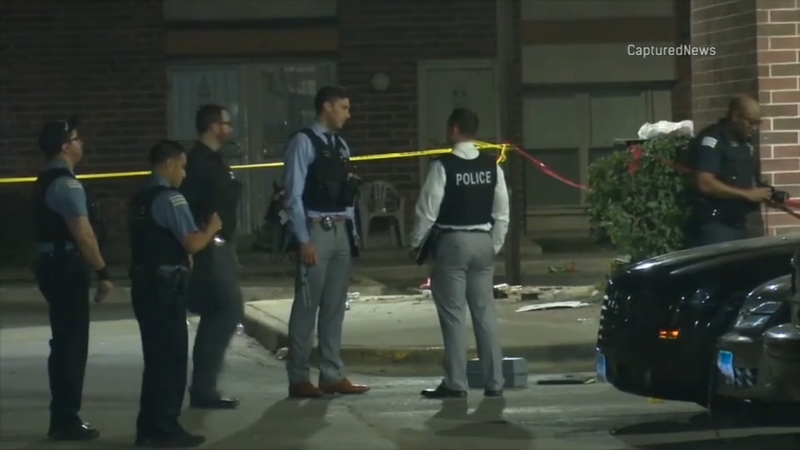 CHICAGO (WLS) -- As Chicago's violent weekend thrust the city back into the national spotlight, data from 2017 shows the Chicago Police Department's murder and shooting solve rate is quite low.

Johneece Cobb's 19-year-old nephew Edwin was shot to death in 2016. Sheri Smith lost her son, Mark, to gun violence in 2014. Patricia Porter's oldest child Robert was murdered in 2016. It's been 11 years since Janice Cannon's son was killed. All their cases remain unsolved by the Chicago Police Department.

"We want to see someone held accountable for a taking a young man's life, he had a brilliant future," Cobb said.

"It's terrible how some people can commit a crime and get away with it," said Smith.

In Chicago, most people do get away with murder. The homicide clearance rate has gone down in the past few years. In 2017, only a reported 17 percent of murders were solved, which doesn't give much hope to families looking for closure.

"It's a lot of years. It makes me feel like detectives are not doing their jobs," Cannon said.

Tuesday Mayor Rahm Emanuel and Police Superintendent Eddie Johnson said the code of silence in the community and the lack of cooperation from witnesses make it difficult for detectives to do their jobs. But activist and journalist Jamie Kalven said police reform must work for witnesses to come forward.

Manpower is an issue as well. Retired CPD Chief of Detectives Eugene Roy said cases are not being solved because there are not enough detectives.

"New York and LA, 15 percent of sworn detectives. Chicago is running at seven to eight percent," he said.

Roy said since 2009, CPD has lost over 30 percent of its experienced detectives to retirement. He said the lack of technology places a role in low clearance rates of cases as well. It takes a year for DNA evidence to return from the lab.