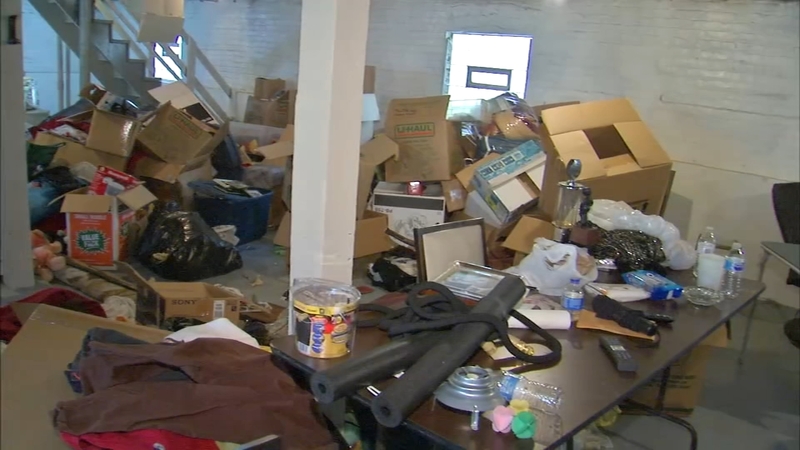 A Chicago woman said police raided and ransacked her home in search of a man she doesn't know, causing hundreds of dollars worth of damage.

The incident occurred on July 6 at Lovie Tucker's Austin neighborhood home on West Polk Street. Tucker, 66, a retired CTA driver and grandmother, was at the beauty salon when she got a call from her security company saying that someone was in her house.

What she found when she got home brought her to tears.

"I feel like they just violated me," Tucker said of the mess that police left behind

The door was bashed in and her belongings were tossed around the three-bedroom home. She had just moved into the house last year.

Chicago police said they are aware of the incident and it is the subject of an open investigation by the Civilian Office of Police Accountability (COPA), which investigates allegations of wrong-doing by officers. A COPA representative was at the home last week to take a statement and photos of the damages.

Police presented her with a search warrant signed by a judge in reference to a 57-year-old man that Tucker had never even heard of before. The warrant also instructed officers to seize cocaine, any documents showing residency, any paraphernalia used in the weighing, cutting or mixing of illegal drugs, any money and any records detailing illegal drug transactions.

Tucker later spoke with her neighbors who told her the man who police were looking for used to live down the street and may have been using her address as his own.

Police also told Tucker that they had recovered what looked like a bag of drugs hidden inside a vent in her basement. Tucker said she had no idea it was there and it must have been left by a previous resident.

"I just didn't know what to do because this has just never happened to me ever before in my life," Tucker said.

Tucker said she was never charged but she was made to feel like a criminal.

She would like to be reimbursed for her damages and hopes that it never happens to anyone else.