Families protest at City Hall after meeting with officials 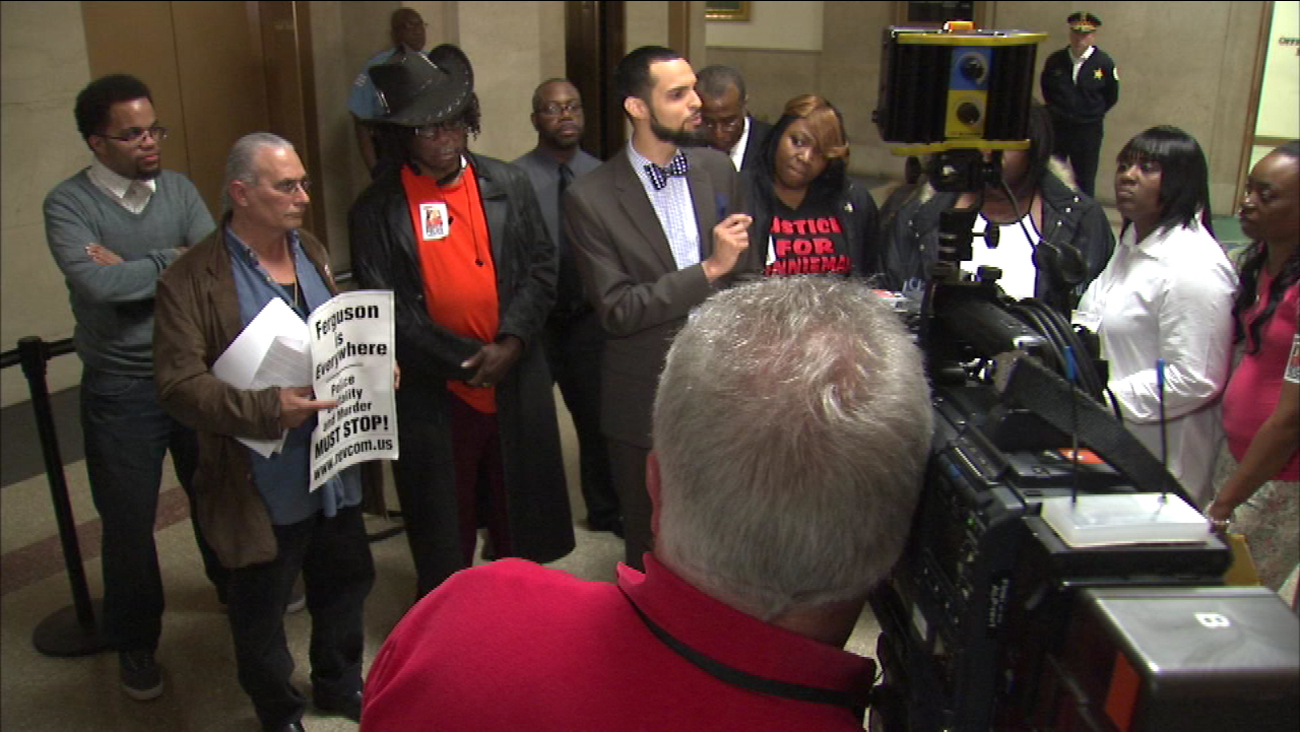 CHICAGO (WLS) -- Relatives of people killed by Chicago police officers held a protest at City Hall Monday after a meeting with officials.

The families met with Mayor Rahm Emanuel's staff and officials with the Independent Police Review Authority. The City said the meeting was productive, while the families said it was not.

"Tell me what's going on," said Panzy Edwards, who lost her teenage son more than two years ago. "I deserve to know what's going on. I don't know anything. I want to know something."

The families made several demands of the Chicago Police Department, including a detailed plan to improve relations between the police and African-American communities.