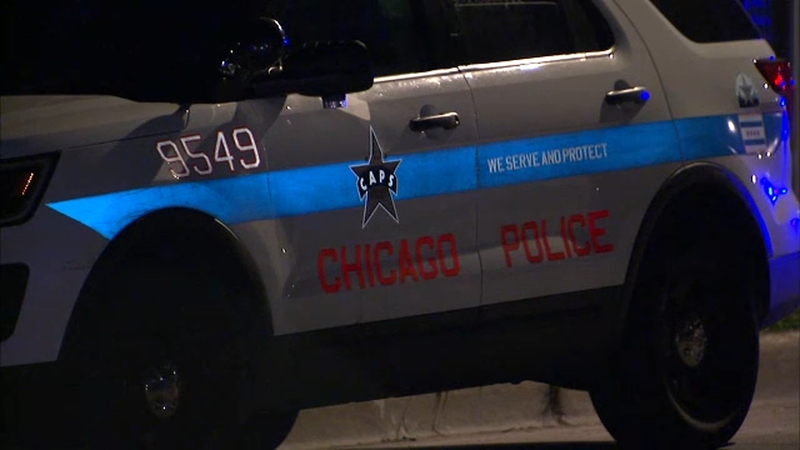 CHICAGO (WLS) -- Chicago police officers are being commended for their role in what may have saved the life of a 12-year-old boy shot Friday night in Woodlawn.

The boy was standing in Mamie Till-Mobley Park near East 64th Street and South Ellis Avenue when he was shot multiple times in the right leg.

The victim was at the park with a group of teens when someone drove by and started shooting, police say.

Three men were hurt, one critically, in a triple shooting in Brighton Park Sunday afternoon.

He was taken to Comer Children's Hospital in fair condition, according to police.

The boy is the son of a Chicago firefighter, the Chicago Fire Department confirmed Friday night.
EMBED More News Videos

The 12-year-old son of a Chicago firefighter was shot in the leg while standing in a park in Woodlawn Friday evening.

The shooter is not yet in custody and police are encouraging anyone with information to come forward.