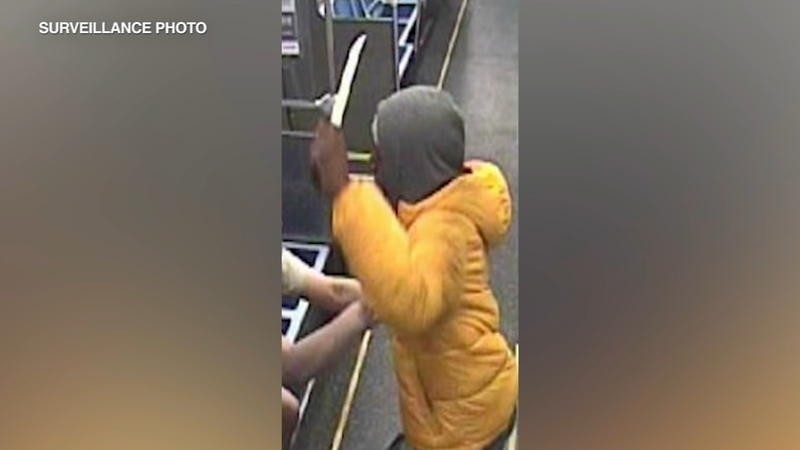 CHICAGO (WLS) -- Chicago police are searching for an individual believed to be a suspect in two CTA armed robberies in two days.

About 7:20 p.m. Monday, the suspect approached someone on a Purple Line train at the Adams and Wabash Station in the Loop, pulled out a knife and demanded the person's phone, Chicago police said.

After the individual gave the phone up, the suspect demand the passcode and stabbed him with the knife, according to CPD.

At 10:50 a.m. Tuesday, a 29-year-old woman told police she was on a Brown Line train in the 300-block of North Wells in the Loop when someone approached her with a knife and demanded she give him her phone and its passcode, police said.

The suspect then fled into a nearby building and is not in custody.