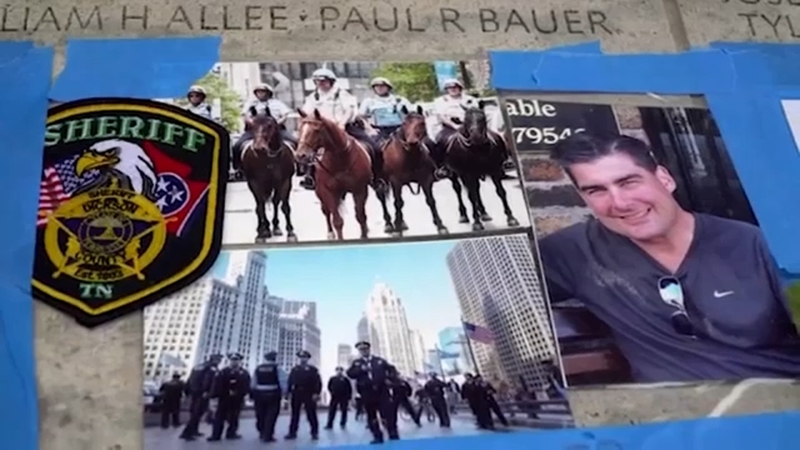 Commander Bauer was shot to death three years ago in a stairwell at the Thompson Center while trying to arrest a four-time felon.

"On February 13th, 2018 Commander Paul Bauer's life was taken in the line of duty," said Commander Jill Stevens with the 18th Police District.

The service was a tribute to his life and legacy. He left behind a wife and daughter.

"Paul lived his life in service of others. He was kind, patient and compassionate," said Bauer's widow Erin. "I'm not just saying those words to make him sound like a saint. Those words actually describe him."

"He was a man of high moral value and supreme character," said Pastor Randall Blakey.

"Time stood still for our whole city and we were united in our shock, our horror, and then our grief," Chicago Mayor Lori Lightfoot said.

At the virtual ceremony honoring the man who served more than 30 years on the force, a bell was rung 29 times -- Bauer's star number.

"Men like Paul Bauer are that flickering light that we see in a dark room," said Chicago Police Superintendent David Brown.

"I often wonder why Paul had to be where he was on February 13, 2018. Why couldn't he have been stopped by a train, making him a minute or two late," she said.

His life lost, gave direction and meaning for his family and inspiration for the city he dedicated his life to serving.

"Thank you for remembering Paul today. We love you and we miss you Paul," his widow said.