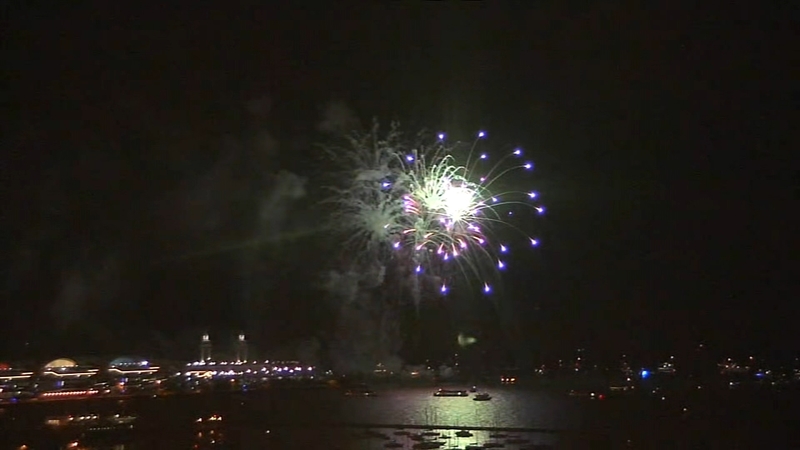 CHICAGO (WLS) -- The Chicago Police Department and the Office of Emergency Management and Communications outlined their plans Monday to keep the city safe this New Year's Eve in the wake of a deadly and violent weekend in Chicago.

At least five people were killed and more than 20 others were hurt in multiple shooting incidents.

For New Year's Eve, the Chicago Police Department says it will be deploying an additional 1,300 officers across the city.

Canine officers will monitor the CTA and other large gathering places. Officers will also patrol on bicycles. Many of these specialized units will be part of a team of 300 additional officers that will be deployed specifically for the fireworks display planned for the Chicago River from Wolf Point near the Franklin/Orleans Bridge to east of Columbus Drive. A separate fireworks display at Navy Pier will also have extra officers dedicated to it.

The Chicago Riverwalk will close at 10 p.m. Tuesday and no fireworks viewing will be allowed on the Riverwalk.

Officials encourage anyone who sees something suspicious or unsafe to call 911 without hesitation.
"The City of Chicago has worked with organizers of the Chicago River and Navy Pier Fireworks to ensure a safe and enjoyable experience for residents and spectators," said OEMC Executive Director Rich Guidice. "As always, we will work with our public safety partners to monitor conditions across the city, and make adjustments if necessary."

Regardless of where you're celebrating, State Police say they're on the lookout for drunk drivers.

State police also warned revelers to make sure everyone in the car, front and back seats, is wearing their seatbelt, and to reduce speed when approaching other vehicles.