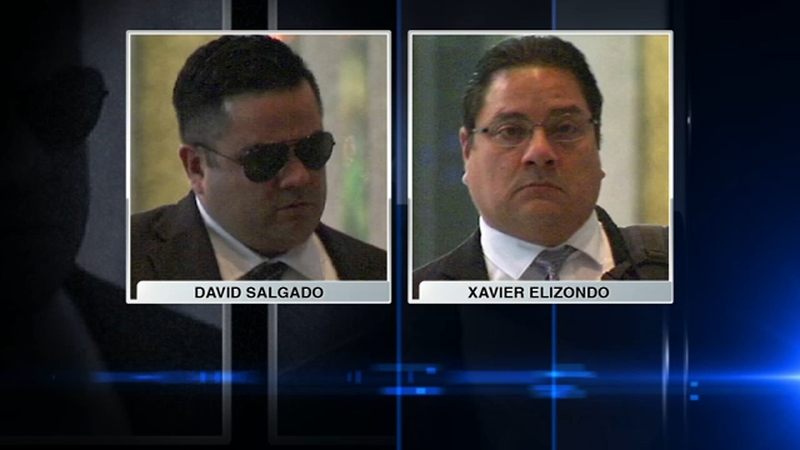 CHICAGO (WLS) -- Opening statements began Tuesday in the trial of two Chicago police officers accused of stealing drugs and cash, and then lying to cover up their crimes.

Sergeant Xavier Elizondo and Officer David Salgado are both suspended without pay from the Chicago Police Department.

"The defendants are corrupt Chicago police officers who betrayed their badge and used their police powers to lie, cheat and steal," the federal prosecutor told jurors Tuesday morning.

The Assistant U.S. Attorney said among the evidence that will be presented at trial is FBI audio and video that allegedly captured some of the defendants' actions.

Elizondo and Salgado are accused of lying to get search warrants, stealing money and drugs during searches, distributing some of that money and drugs to their informants, and then trying to cover up their actions.

Elizondo's defense attorney told jurors there is no evidence connecting the former police sergeant to the allegations, saying, "They're policing out there. This is not money grab! This is someone who spent his entire career fighting crime in Chicago."

Salgado's defense attorney emphasized that he was a good officer who followed commands, and said some of the government's witnesses may lie as they have been promised money or leniency.

"Money and freedom provide people with a motive to lie. So keep this in mind as you listen to paid witnesses testify," Salgado's attorney told jurors.