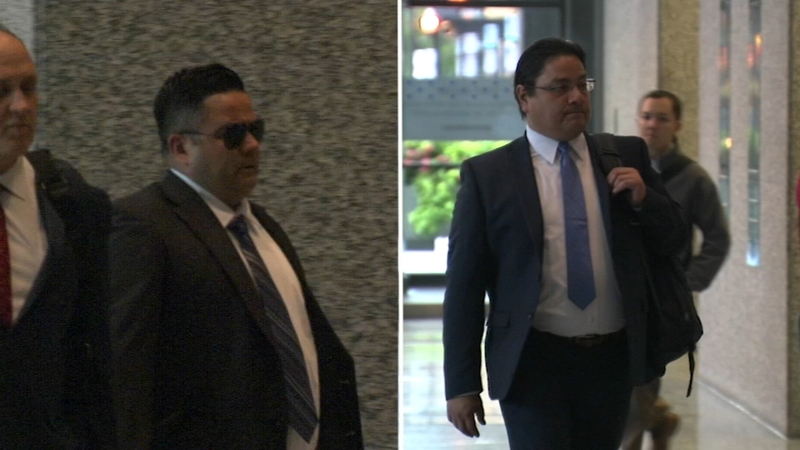 CHICAGO (WLS) -- An informant and a judge took the witness stand Wednesday in the trial of two police officers accused of stealing drugs and cash, and lying to cover up the crimes.

A Humboldt Park apartment was supposedly loaded with money and drugs in 2017, but in reality the FBI was watching the apartment with cameras. It was all part of the investigation into Xavier Elizondo and David Salgado, who are both on trial for allegedly lying to obtain search warrants, stealing money and drugs during searches, distributing some of that money and drugs to their informants, and trying to cover up their actions.

Wednesday in a federal courtroom, prosecutors called an informant named Cuba to testify. He told jurors about conversations he had with Elizondo.

Cuba testified that he wore a wire for the FBI and had phone calls recorded. Jurors listened to some of the audio recordings, and Cuba described that Elizondo and his partner would split proceeds of searches in return for information from Cuba about houses with drugs and money. One of those tips was the Humboldt Park apartment.

But Cuba testified that during the search of the house on Maplewood, the officers found the FBI's cameras and played it safe by putting all the money in inventory.

Under cross examination by Elizondo's defense attorney, Cuba acknowledged he had previously cooperated with FBI investigations to get a reduced sentence.

Cook County Judge Mauricio Araujo signed the warrant to search the Maplewood apartment. He testified he met Salgado an Elizondo outside a dinner party in the Loop to sign the warrant.