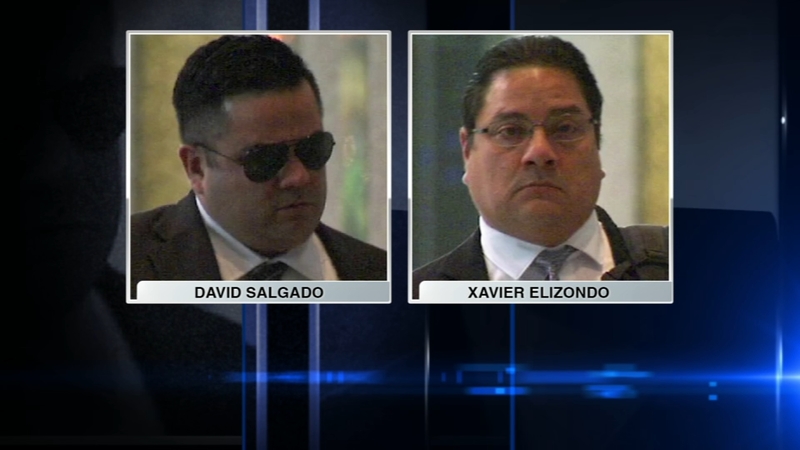 CHICAGO (WLS) -- A jury on Tuesday convicted two Chicago police officers of stealing drugs and cash, and then trying to cover up their crimes.

It took jurors about five hours to determine their verdict. Sergeant Xavier Elizondo and Officer David Salgado were found guilty on all counts of conspiracy, theft, and obstruction of justice.

The FBI started an investigation in 2017. In 2018, Elizondo and Salgado were charged with stealing $4,200 from an Enterprise Rental Car in Chicago.

In the two week trial, jurors heard FBI wiretap conversations, and saw photos and videos of the Elizondo and Salgado planning and executing searches.

In a federal courtroom, federal prosecutors argued the two officers stole money, drugs and cigarettes with warrants they obtained with made up information. Prosecutors also said the officers wiped their phone history and plotted to hide stolen items after they were informed there was an internal investigation.

Defense attorneys argued the two officers did a lot of talking, tried to get information to solve cases and keep the streets of the West Side of Chicago safe. ABC7 was informed that it is not illegal for Chicago police officers to lie to get information while they are conducting an investigation.

Salgado's attorney previously argued to separate the two trials. He said Salgado was just an officer who followed instructions.