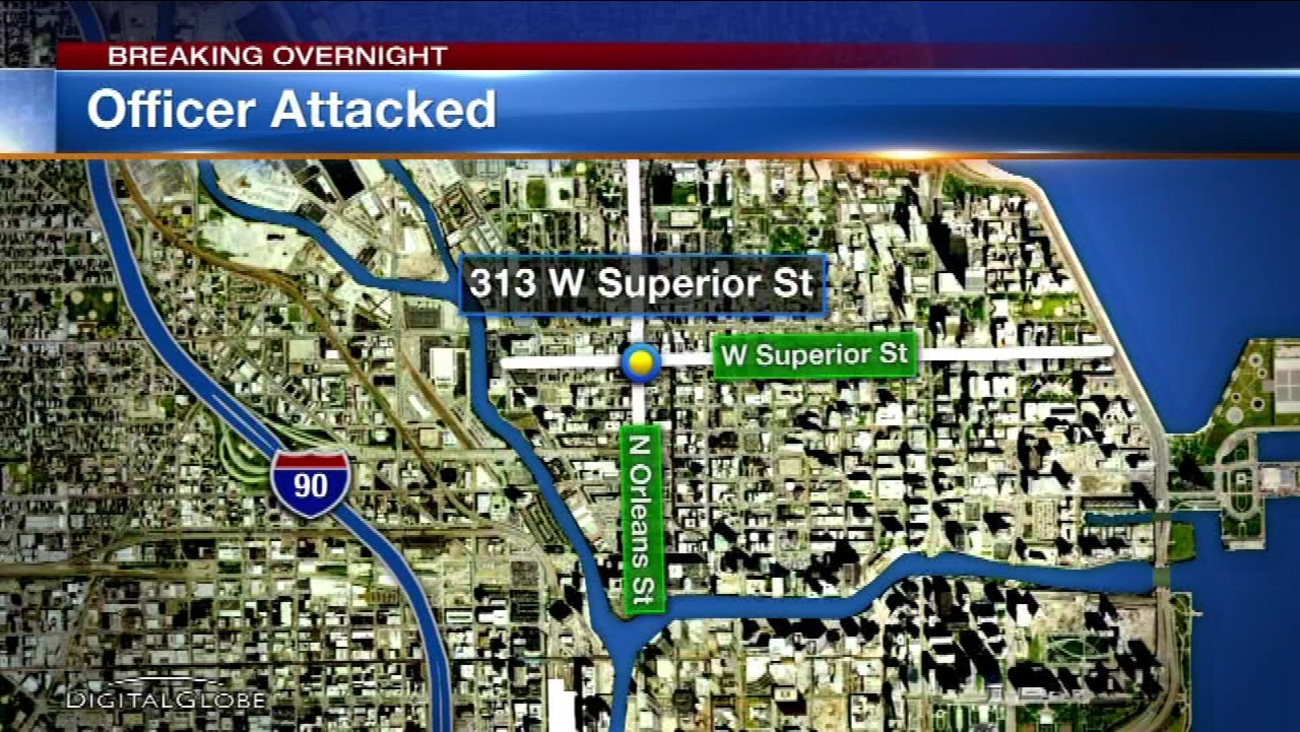 CHICAGO -- A Chicago police officer was injured Sunday evening during an arrest in River North.