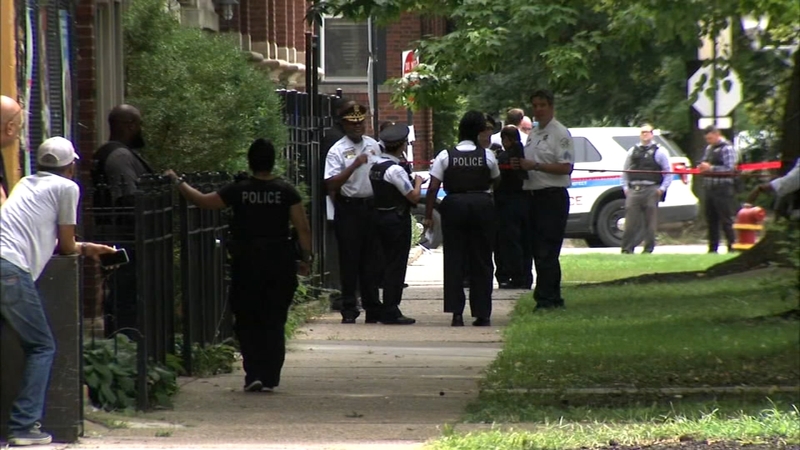 Police said at around 12:30 p.m. in the 5100-block of South Ingleside Avenue, an off-duty officer interrupted what appeared to be a burglary in progress. The officer identified himself as a police officer, thereby placing himself on-duty, and during the encounter with the suspect fired shots at him.

The officer and the suspect were inside the building when shots were fired, police siaad.

It was not clear if the suspect was injured by gunfire or not. The suspect fled the scene in a silver or gray van, according to police.

Police described the suspect as a black male, 25 to 30 years old, about 6 ft. 3 in. tall and slender in build with short black hair. He was wearing a gray t-shirt, black jogging pants with a white stripe down both sides, and had tattoos on his arms as well as an earring.

It was not immediately clear if the suspect was armed, and no firearm has been recovered at the scene. The Civilian Office of Police Accountability is at the scene as part of the officer's use of force investigation.

If you have any information about the burglary or suspect, contact Chicago police at 212-747-8380. Tips can be reported anonymously at CPDTip.com.
Report a correction or typo
Related topics:
chicagohyde parkburglaryofficer involved shootingshooting
Copyright © 2021 WLS-TV. All Rights Reserved.
More Videos
From CNN Newsource affiliates
TOP STORIES