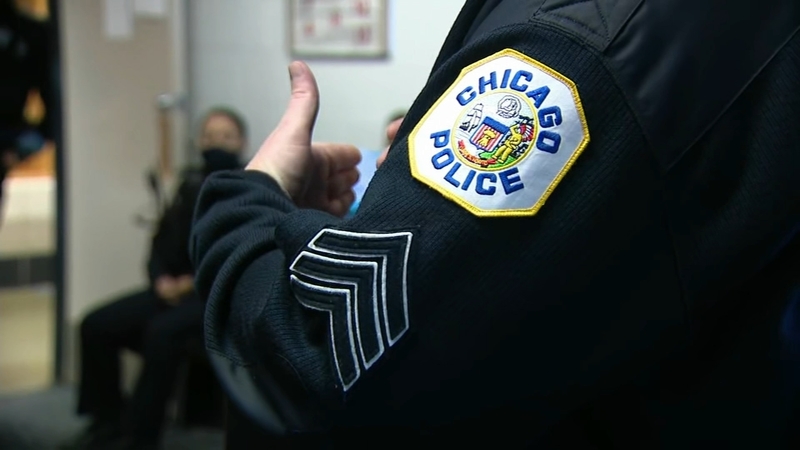 Should CPD officers be listed as victims in police shooting paperwork?

CHICAGO (WLS) -- Chicago police regularly claim they are the victims when officers shoot someone. It is a delicate subject, with strong opinions on both sides. Who is the victim when police fire their weapon at a suspect, and that person is killed?

"I don't understand how the officer can be listed as a victim, the victim is the person harmed or killed as a result of a crime or incident, the officer wasn't harmed," Tambrasha Hudson said.

Hudson's 16-year-old son Pierre Loury was shot and killed by a Chicago police officer on April 11, 2016.

Police said Loury fled from a car officers had just pulled over, and an officer opened fire after Loury turned and pointed a gun at him. No video of the incident has been made public because Loury was a juvenile and it was the police oversight organization's policy at the time not to release video in these cases. Police documents reviewed by the I-Team show the officer listed as the victim in this case.

Officers are also listed as victims in the recent police shootings of Adam Toledo, Anthony Alvarez, as well as Laquan McDonald and many others uncovered by the I-Team. CPD documents name Toledo, Alvarez and McDonald as suspects or offenders.

"My perspective is it's a systemic problem," said Andrew Stroth, Hudson's attorney. "For the officer to be listed as the victim is completely unacceptable, and it's part of the narrative that the police put out there."

"The Chicago Police Department has a history of gathering around their fellow police officers to try to protect them from either prosecution or civil lawsuits in the future. This is one of the ways that they build, or attempt to build, the case that the officer was in fact being assaulted and was engaging in self-defense," Sussman said .

Chicago police officials declined our request for an on camera interview, but in a statement said after an officer-involved shooting, "Chicago Police members are expected to adhere to the Department's policy that outlines the investigative authority, response procedures and investigative responsibilities."

"I think it's important that we need to humanize this all the way around, not only for the people who are victims of shootings, but also the officers who were involved, in many ways they are victims," said Philip Stinson, professor of criminal justice at Bowling Green University and a former police officer.

"This is a real turning point for the CPD, and there are a number of policy revisions that it could and should undertake in order to try to prevent further tragic loss of life, and one is, is quite simply, to ensure accurate reporting," she said. "Having forms that do not facilitate that kind of accurate reporting really entirely frustrates any kind of accountability mechanism."

Hudson said she would like to see this police reporting practice changed. She said she knows her son made mistakes in his 16 years, but said none of them should have cost him his life.