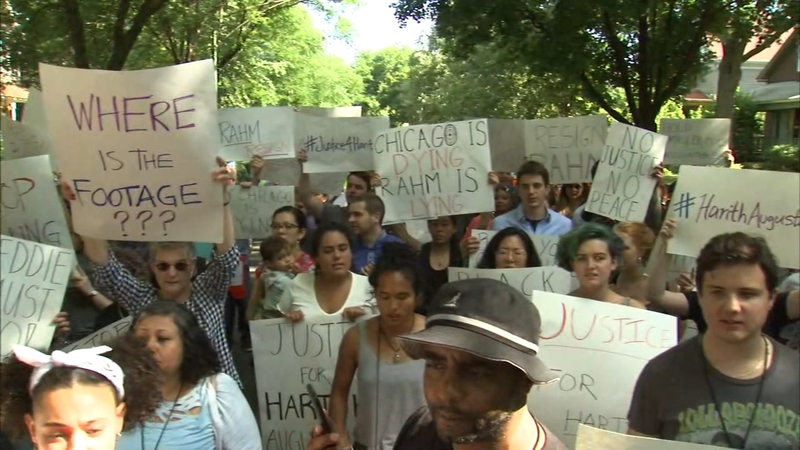 The protesters are demanding justice after the deadly shooting of 37-year-old Harith Augustus.

Augustus was shot and killed by police in Chicago's South Shore neighborhood near 71st Street and Clyde last Saturday night.

The shooting sparked violent clashes between protesters and officers. Four officers were hurt and four people were arrested over the weekend.