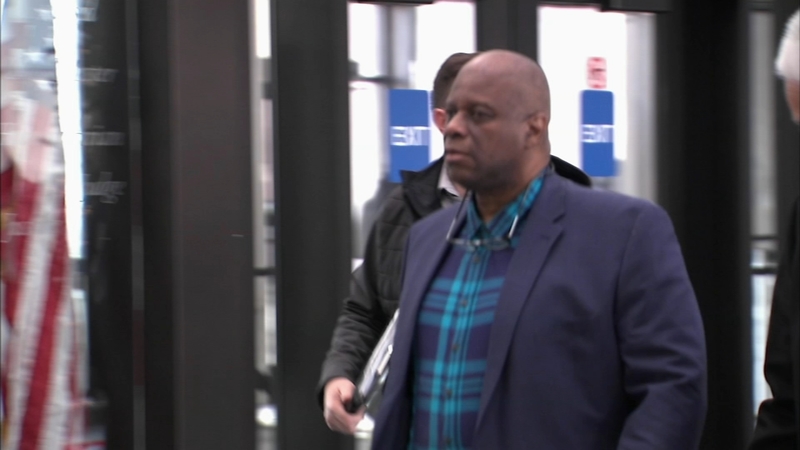 CHICAGO (WLS) -- A former Chicago police officer has been sentenced for killing his neighbor during an argument.

Lowell Houser was convicted in the 2017 murder of Jose Nieves, and Monday he heard just how much time he will have to serve.

It was an emotional day for the Nieves family.

Monday, the former Chicago Police Officer convicted of Nieves' murder was sentenced to 10 years for the 2nd Degree murder.

Houser briefly addressed the court and offered condolences to the Nieves family.

Houser's son, as well as former colleagues, testified about good memories they had with Houser.

Houser's attorney asked for probation, saying it was "a split-second decision he got wrong."

However, Nieves' sister spoke of the pain of losing her brother during her victim's impact statement.

"You destroyed our family. You tore our hearts apart," she said.

"Mr. Houser had a multitude of alternatives that day... Mr. Houser chose possibly the most extreme of those options," Cook County Judge William Gamboney said during the sentencing.

In 2017, Houser made a derogatory comment to Nieves' girlfriend. When Nieves reacted, an argument ensued which ended when Houser shot the 38-year-old Nieves three times.

The Nieves family said they wanted a longer sentence, but are satisfied with the Judge's decision.

Houser was given credit for his time on electronic monitoring prior to the trial. This particular offense also only carries a 50-percent mandatory prison time. That means Houser may only serve 2 years for the crime.