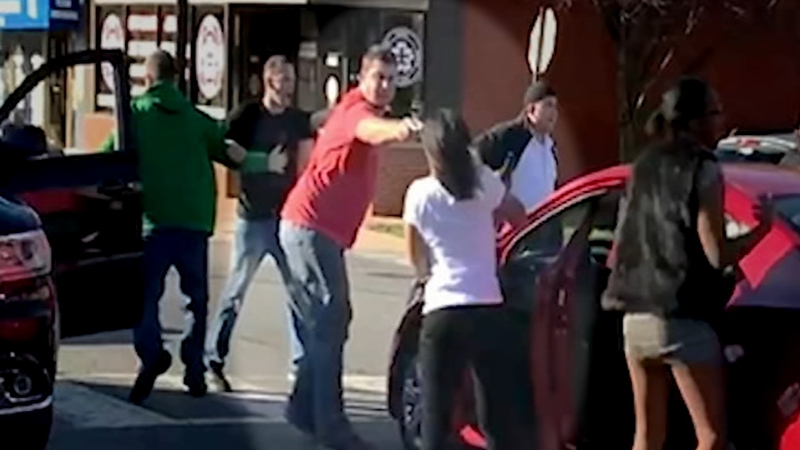 CHICAGO (WLS) -- The off-duty Chicago police officer who shot and killed 25-year-old Joshua Beal in 2016 was using one of his eight unregistered guns at the time, an attorney for Beal's surviving family said Thursday.

Officer Joseph Treacy is seen on video pointing his gun at a group of African Americans on 111th Street in the heart of Mt. Greenwood on November 5, 2016. A few minutes later he fatally shot Beal, a resident of Indianapolis.

"At the time of the shooting, Officer Treacy used one of eight unregistered weapons in order to shoot my client dead," said Blake Horwitz, an attorney who represents Beal's fiancee and children.

Horwitz said the city never disclosed the information about Treacy's unregistered guns when the Civilian Office of Police Accountability (COPA ) cleared him and another officer of wrongdoing in June.

"Come out with the facts," Horwtiz said. "Let's not do what happened with McDonald and Rahm Emanuel hiding information until the last minute."

Beal was killed following a melee that occurred while he and his family were driving through the predominantly white South Side neighborhood. They had just left a funeral at Mount Hope Cemetery when off-duty officer and a firefighter accused Beal and his group of blocking a fire lane.

A verbal confrontation followed, with both sides accusing each other of using racial slurs. Horwitz said Beal got his gun to defend his sister after Treacy pointed his gun at her.

"He defended himself with a weapon which he was legally entitled to possess," Horwitz said.

The new information about Officer Treacy's unregistered guns has been added to an existing civil suit against the city and the officers. The city said it would not comment due to the pending litigation.