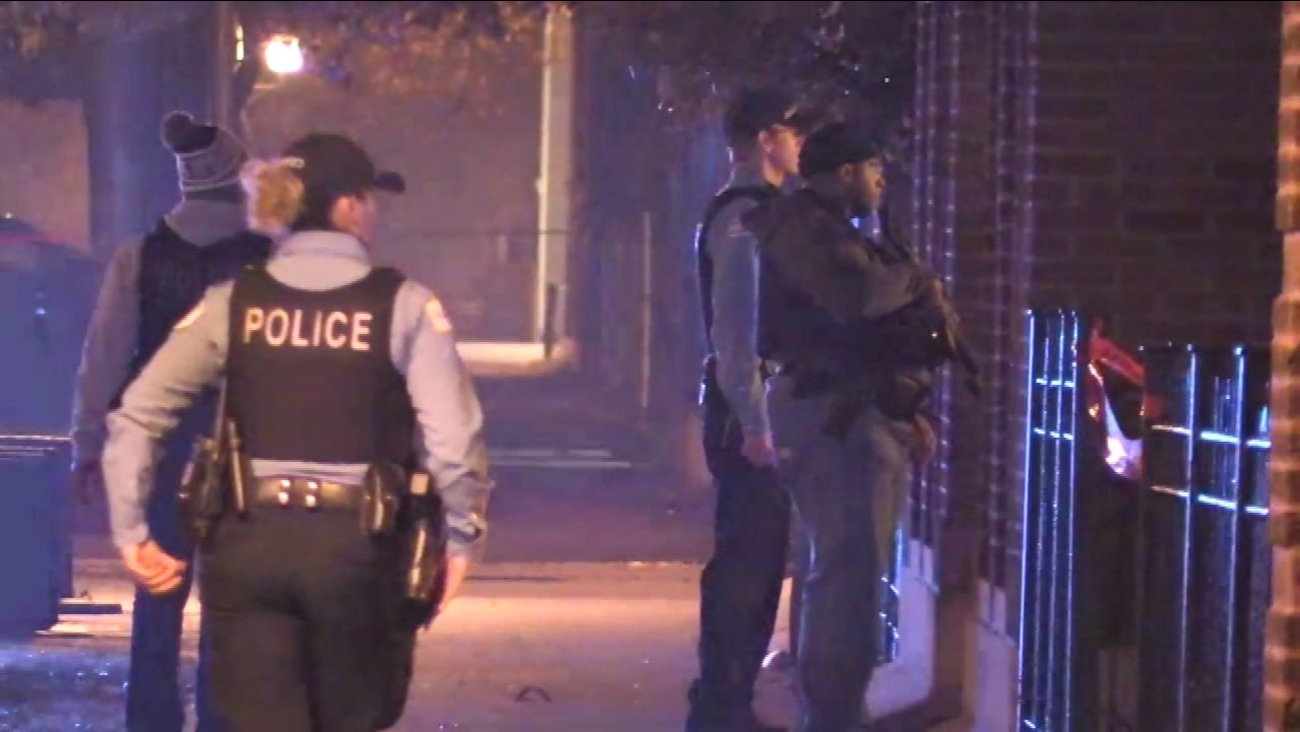 Chicago police investigate after officers were involved in a shooting with a suspect in the 6700-block of South East End Avenue Sunday morning. (NVP)

CHICAGO (WLS) -- A teenager has been charged for shooting at Chicago police officers Sunday morning in the South Shore neighborhood.

Officers responded to a report of shots fired in the 6700-block of South Ridgeland Avenue at about 1:43 a.m., police said.

After arriving on the scene, officers saw a teen fleeing the scene and began pursuing him. Police said the teen shot at them when they told him to drop his weapon. Those officers fired back and eventually chased him down.

No one was hurt and a weapon was recovered from the scene, police said.