Shots fired at Chicago police in Woodlawn; 1 in custody 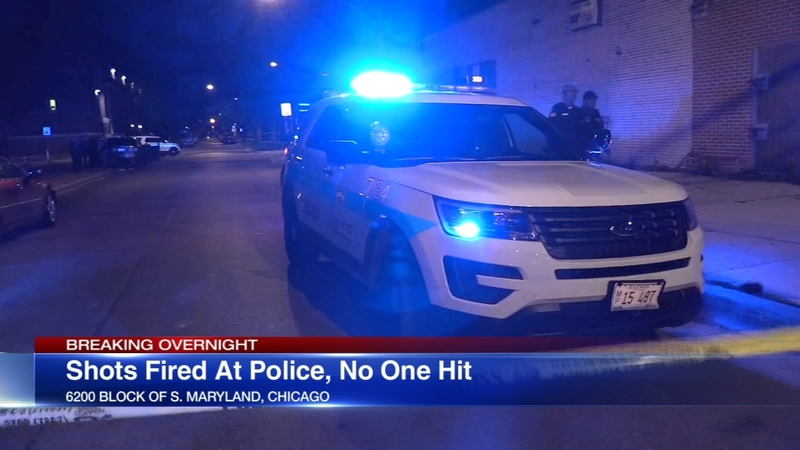 CHICAGO (WLS) -- A person is in custody after someone opened fire on Chicago police officers Thursday night in the Woodlawn neighborhood, police said.

Two officers responded to a reported gang disturbance in the 6200-block of South Maryland Avenue at about 10:35 p.m., police said.

After a brief foot chase, officers heard a shot fired and a person was taken into custody, police said. No one was injured and no shots were fired by police.